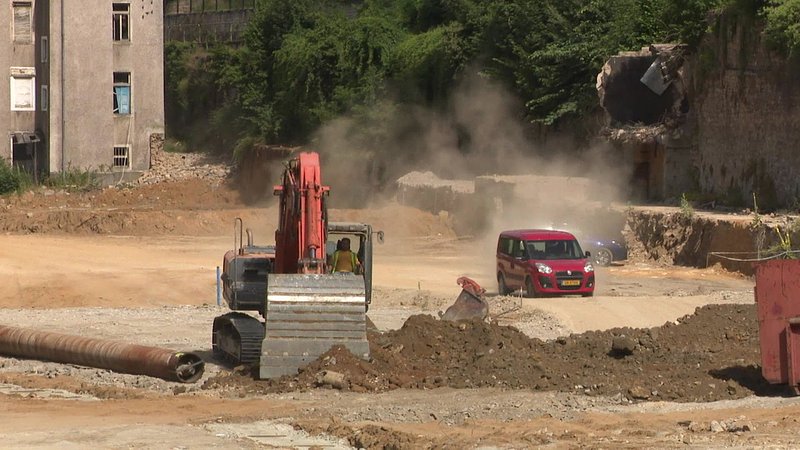 The building site, which was meant to be completed by 2018, is still in progress.

Unhappiness levels are rising amongst many residents in Polfermillen. The construction works on the former industrial sites of the companies "Secalt" and "Express Nettoyage à sec" are a blight upon the locals' daily lives. Not only is the neighbourhood continually polluted by dust and dirt, but the building site appears to have no scheduled end. RTL's Tim Morizet held discussions with residents, who are eagerly awaiting the light at the end of the tunnel.

2 years ago, Luxembourg City mayor Lydie Polfer spoke of a new chapter for the borough at an information assembly, calling it an area of potential, albeit requiring some construction work, which needs to be accepted. The latter should have been finished by 2018, however the sign indicating this has meanwhile disappeared. What remains is dust, noise and uncertainty about how things will progress.

The communication between the property developer, the City of Luxembourg and residents was anything but ideal. One likes to show how things are progressing and when the construction works will be over, but even the local authority does not have  answers to these questions. The next steps, such as the construction of a temporary bridge to discharge the road and old bridge, can only be taken after the contaminated soil has been removed.

However, there is light at the end of the tunnel. As RTL is being told, the property developer has got the final authorisations from the Department of Environment to remove the last 8% of the strongly contaminated ground. Works to clean up this final part are now to begin in September, two years after the start of the construction works.