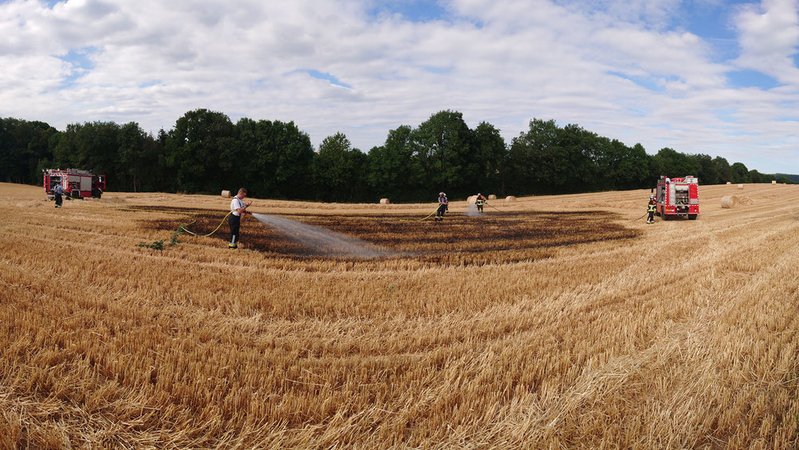 The fire services were alerted twice on Wednesday afternoon and early evening, as fires spread across arable fields.

The first fire occurred at 3.42pm, caused by the compressing of hay bales. Reisdorf fire fighters were called out to bring the fire under control, along with colleagues from Bettendorf, Diekirch, Ettelbruck and Tandel, as well as the Larochette ambulance service.

Shortly after the first incident, a second alarm was raised at 5.39pm, as yet another fire started during the threshing process in a different field.

The Reisdorf and Beaufort emergency services were quick to arrive on the scene, as they were on the way back after dealing with the first incident, and so could quickly extinguish the second fire.