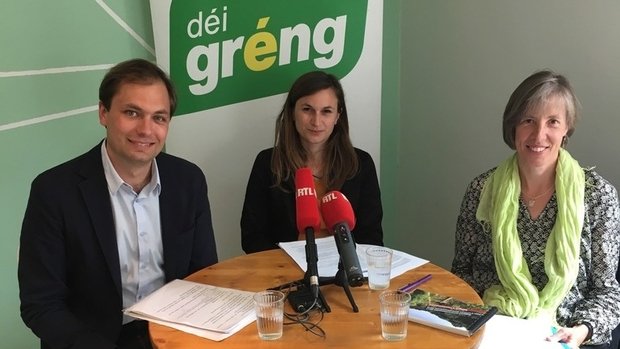 The Green section of Luxembourg City's municipal council presented a number of measures designed to reduce the capital's waste on Tuesday.

Every year, Luxembourg City produces 65,000 tons of waste. The Green councillors maintain that that number is far too high. Green Party councillors highlighted that the municipality must take over the responsibility for this issue, introducing clear measures to head towards a zero waste city. On Friday, the Greens will submit a motion in the city's municipal council with their clear demands, as presented to the press on Tuesday.

The crux of the motion is to reduce the city's waste as much as possible and better recycle the leftovers. The proposal does not involve a complete overhaul of the capital's current systems, but instead advises a number of adaptations, as other municipalities have successfully introduced. The motion cited Differdange as an example, calling for Luxembourg City to ban plastic at events held in the capital.

To this end, councillor Linda Gaasch highlighted that the authorities must support associations in that endeavour. As Gaasch explained, the council should not simply provide explanations about alternatives to plastic, but instead host information meetings and tell associations how the municipality will support a move away from plastic.

As for separating waste, the Greens maintain this must become the standard. As a solution designed to incentivise residents, the motion suggests a waste tax calculated based on the weight of general waste or the amount of times the bins are put out. By having residents know the cost of the waste they generate, they would hopefully be motivated to reduce their waste or recycle instead.

A further measure proposed in the motion is a necessary one, according to the Greens: increasing the amount of recycling centres located near residents. This would also entail extending the activities at recycling centres, which could go beyond recycling to repair objects or examine how to reuse objects.

Finally, the motion proposes that the city of Luxembourg be a good example and avoid wasting food in schools and daycare centres, which could be the focus of a dedicated action plan.