Throughout the evening, stormy weather filtered over Luxembourg coming from the north of France. The storms began in the southwest of the Grand Duchy before covering the whole country.

There was an extreme amount of rainfall accompanied by thunder and lightning, as our photo gallery shows with images sent in by readers.

The emergency services reported that it responded to roughly 30 calls for aid throughout the night. Two trees fell during the night and six basements were flooded.

Lightning hit the roof of a home on Rue Aessen in Soleuvre, but nobody was injured in the incident. Firefighters from Sanem-Differdange were at the scene.

The National Museum for Military History in Diekirch was also hit by lightning, but again there were no injures. Firefighters from Diekirch, Ettelbruck, Bettendorf, and Tandel attended the incident.

The weather also caused issues at Luxembourg Airport in Findel, as a number of flights were unable to land at the airport. These flights were diverted to other airports.

The Luxair flight inbound from Madrid was hit by lightning as it landed. Passengers on the flight wrote on Facebook about the plane's wing being hit by lightning, but there were no injures.

A flight arriving from Malaga had to be diverted towards Lille, like many over flights.

The thunderstorms did not become any less ferocious during the second half of Wednesday night.

Below, we have videos of lightning in different areas.

If you have any photographs from last night's storms, send them in by emailing audience@rtltoday.lu. Make sure to tell us where you took your photographs! 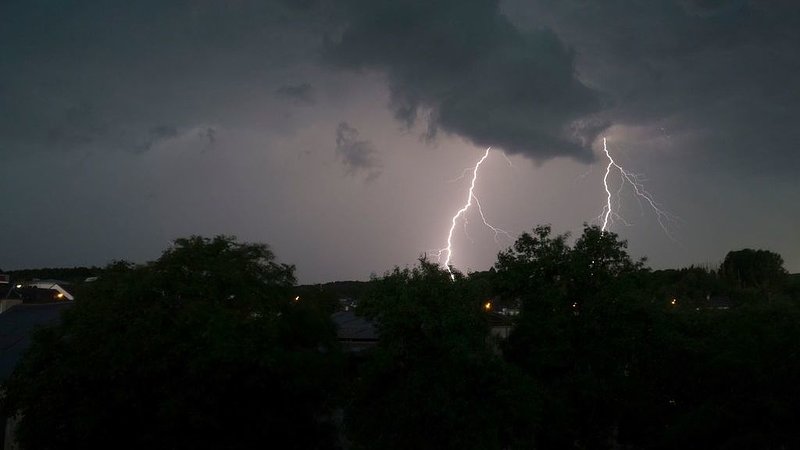 The German weather service recorded 177,000 lightning strikes throughout Europe on Wednesday evening, as the stormy weather coming from France went through the Benelux countries to hit Germany as well.