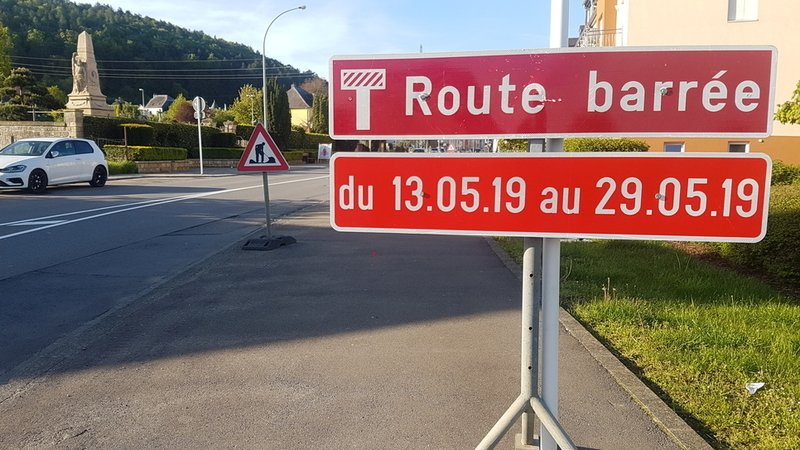 Currently, the roads surrounding Kayl are prone to chaos — although the mayor maintains this is just a taster of what is to come.

On Thursday, the roads and bridges authority announced that the roadworks in the Kayl valley could finish ahead of the expected completion date of 29 May. It is likely that traffic will return to normal before the weekend. The press release announced that the road in question could reopen at 6am on Friday 24 May.

As of 13 May, a section of Rue Principale between Kayl and Tétange has been closed for repair works and is due to return to normal at 5pm on Wednesday 29 May. The section of the road between the supermarket car park and Rue Neuve was completely closed to traffic, with a detour in place via Rue Thomas Byrne, Rue Pierre Schiltz, and Rue du Faubourg. However, it is likely that the road will reopen on Friday.

The repair works were required as the main thoroughfare through the Kayl valley is subject to a significant amount of cross-border traffic. Around 16,000 vehicles cross the border from Ottange through Rumelange, Kayl, and Tétange. The population of the municipality has also risen by 25% over the past years, making the total population 15,000.

John Lorent, the mayor of Kayl-Tétange, argued that the road network is not adapted to such high volumes of vehicles passing through and likened the chaos emerging from the roadworks as a taster of what is to come. While the roads and bridges authority decided to repair the entire stretch between Rumelange and the A13 motorway to better manage traffic, Lorent believes that the situation will not improve over the short and mid term. Promoting public transport would not be much use, as buses would also be stuck in traffic alongside private vehicles.

In the meantime, the municipality is working on an initiative to reinvigorate the train lines alongside the municipalities of Dudelange and Rumelange.