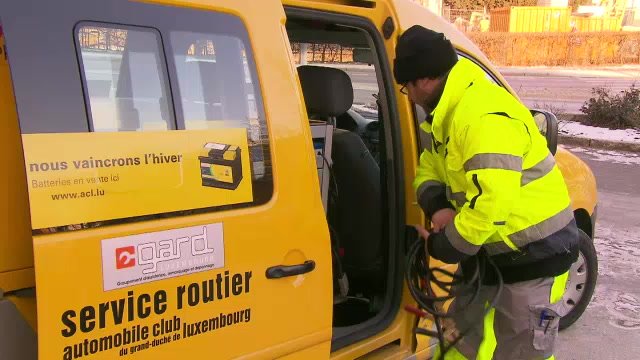 The Automobile Club Luxembourg (ACL) presented its 2018 report on Wednesday.

In total, the ACL responded to 47,000 incidents. The ACL intervened to either repair cars or to tow cars away. The report also revealed that the ACL had to intervene at members' homes in 2,045 cases. Other numbers notable in the 2018 report were the 184,000 members, 143,000 calls for assistance, and 27,000 vehicles requiring repairs.

The club also introduced a new initiative alongside automobile clubs in Germany, France, and Switerzland: carpooling. Members would pool together to drive in a car. The carsharing platform is available on the individual automobile club websites under the moniker of Ride2Go.

The ACL responded to 27,000 repair requests in 2018, both in Luxembourg and abroad. In 84% of cases, the specialists sent to the vehicle in question were able to fix the issue.

The club's telephone assistance service was used on nearly 300 occasions. The main causes requiring intervention where empty battery issues, flat tires, accidents, and empty fuel tanks. Given the increase in electric car use, the ACL was also frequently called to recharge the batteries of electric vehicles.

The ACL's report included a plea addressed to the government, urging a closer look at the causes of accidents. The club also recommended improving road safety education, especially for younger drivers. On a further political note, the ACL showed itself against generally lowering the speed limit outside of municipalities from 90 km/h to 80 km/h, as part of the ACL's stance against strategies that are repressive towards motorists.

The ACL is also present on RTL, providing updates on live interventions and traffic updates thanks to the 700 cameras that feed into the CITA network.

Finally, the ACL also continues to prepare its member for journeys abroad. The club's service in Bertrange was used by 53,000 members. The ACL sold around 40,000 vignettes, the majority of which were for Switzerland or Austria.