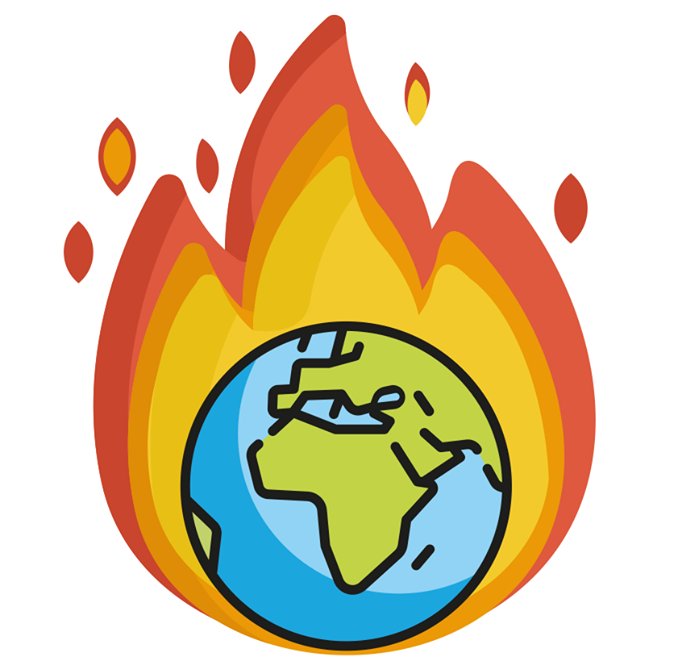 Once again, young people are using social and digital networks to rally against climate change.

The Left (déi Lénk) demanded a topical debate on climate change. "Climate emergency NOW!" calls for a demonstration at the Marché-Aux-Herbes.

On 16 May, potential resolutions relating to the current climate emergency will be put to vote at the Chamber of Deputies.

This is a monumental vote: one of the major issues of the climate movement.

How do we make sure this resolution will be voted on the day itself?
- From on 1pm onward, turn up en masse outside the Chambers, fill the benches, occupy the square, and MAKE NOISE!

- Get in touch with ALL YOUR CONTACTS to let them know about this spontaneous protest: you alone have the power to make it a success!

E-mail your MPs and ask them to vote in favour of the resolution.

Onward! Our 1st win is at your fingertips! 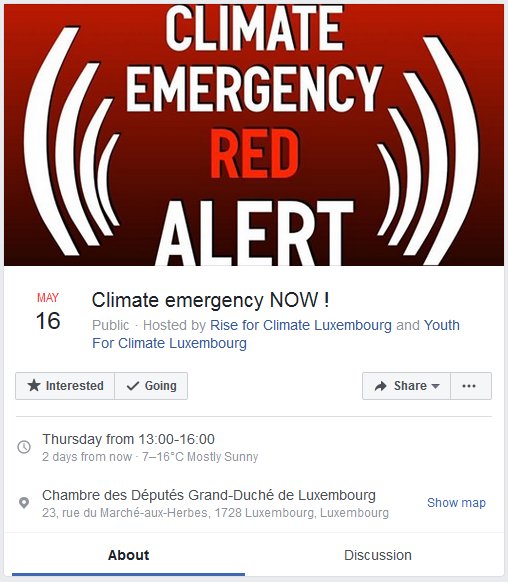 "Youth for Climate Luxembourg" is also planning a demonstration on Friday 24 May at 3pm at the Place de l'Europe in Kirchberg.

Their Facebook post specifies that this time, the Minister for Education has not asked for schools to grant students' leave, leaving those attending at risk of unsanctioned absences.

Organisers clarify the reasoning behind the chosen date: through civil disobedience, they hope to create more political pressure and really emphasise the need for change. To that end, all are called to attend, no matter the age. 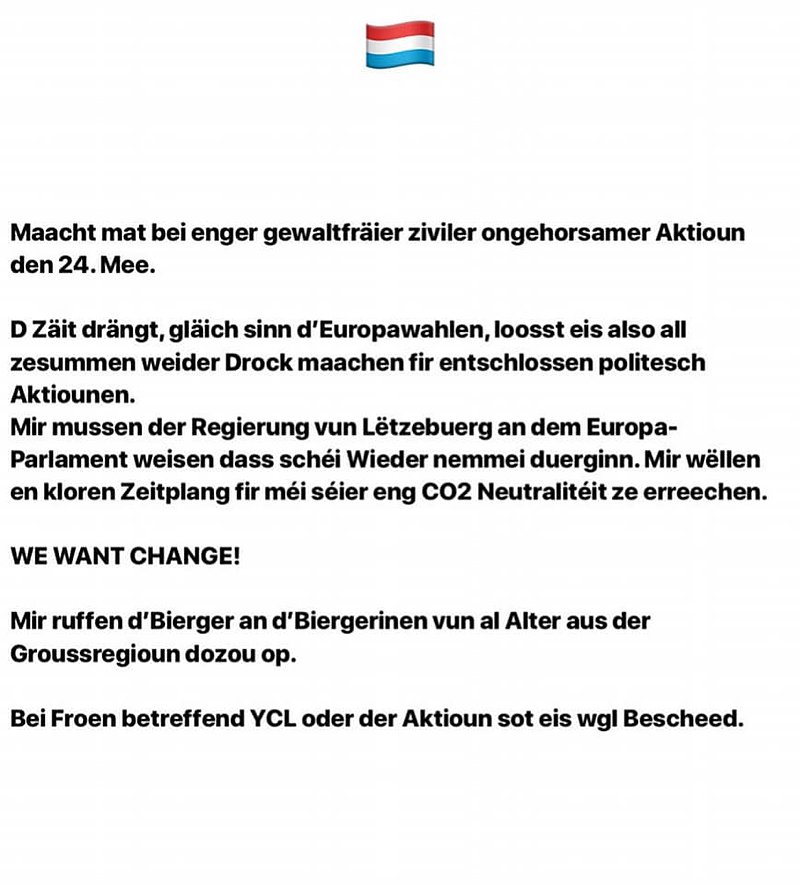