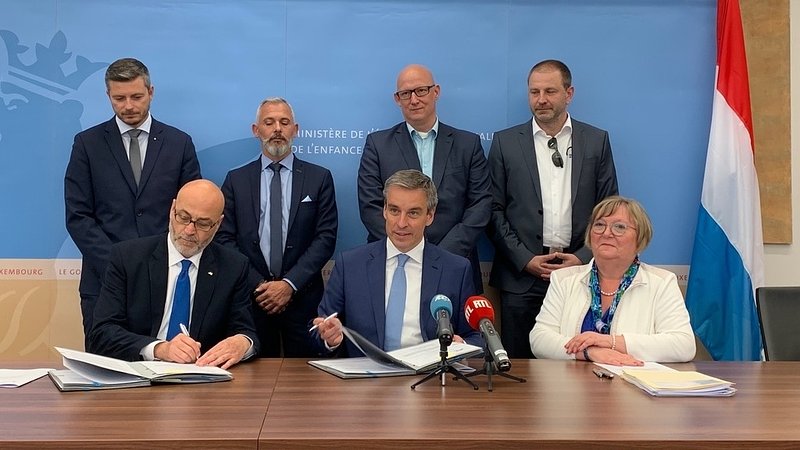 The Ministry of Education signed three agreements and extended a fourth for the four public European-curriculum schools based in Luxembourg.

The public European-curriculum school in Differdange has been open since 2016 and extended its education offer to Esch-sur-Alzette to keep up with demand. Since the start of the current academic year, three more public European schools have opened in Clervaux, Mondorf-les-Bains, and Junglinster.

All of the above institutions offer education in the European programme free of charge and grant graduating pupils the European baccalaureate. The different studies are adapted to the differences between pupils. Minister of Education Claude Meisch affirmed that the schools provide a certain amount of flexibility in terms of linguistic students, namely in the form of offering different levels for students learning second and/or third languages.

The minister stated that European schools are not necessarily better than the rest of the country's schools, but have the added benefit of being more appropriate for certain types of pupils. At any rate, public European schools experience a high level of demand. The first school opened its doors in 2016 in Differdange with 160 pupils enrolled. Three years later, around a thousand pupils are enrolled in the four different public European schools and a fifth school is due to open in the capital.