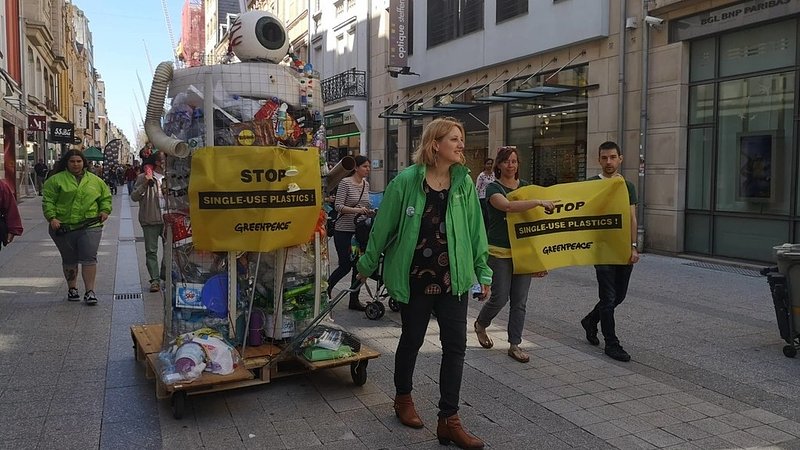 Unexpected sights in Esch: a veritable plastic monster casually strolled through the city's streets on Saturday.

Greenpeace organised this unusual procession to raise awareness and draw attention to the plastic crisis that is haunting the world.

The monster stood 3 metres tall and consisted of various plastic packagings than volunteers had previously collected from private homes and public spaces in Luxembourg City.

The message should be clear: do not keep feeding a plastic monster that has already achieved Gargantuan proportions - both on land and in the world's oceans.

In this context, Greenpeace also drew attention to the "sixth continent." The latter refers to an area in the Pacific Ocean that was discovered by Captain Charles Moore in 1997. Oceans currents have brought together plastic and other floating trash to bring to life an island-like garbage patch.

In March, European lawmakers already voted for an EU-wide ban on single-use plastic products such as the straws, cutlery and cotton buds that are clogging the world's oceans.