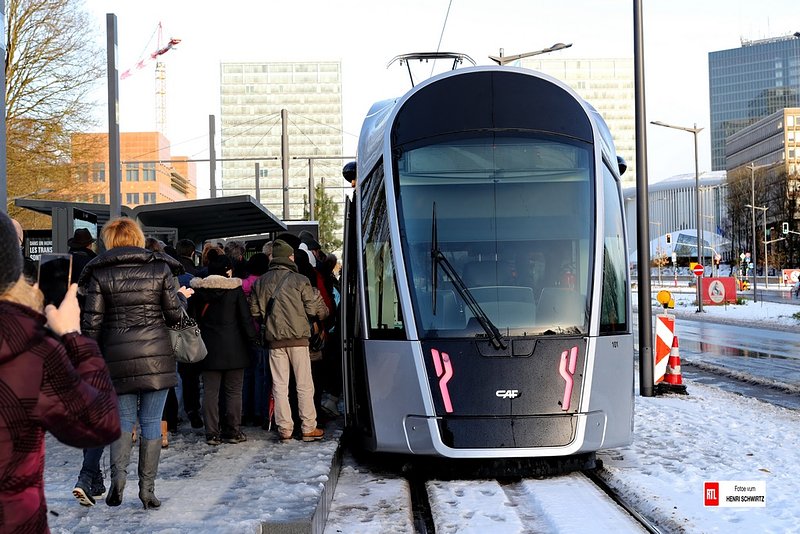 Although the weather looks to be improving, Democratic Party MP Max Hahn recently submitted a parliamentary question on whether the Pfaffenthal train platform and tram platforms in Luxembourg are too exposed to bad weather.

Hahn addressed his question to Minister for Mobility and Public Works François Bausch, highlighting that the platforms of the Pfaffenthal train station as well as tram stops in Kirchberg and Luxembourg City do not have an adequate amount of protection in case of bad weather.

In his response, Bausch acknowledged the issue existed, but expressed a reticence in resolving the issue immediately. He attributed his reticence to building covered waiting rooms to the concern of potential vandalism and the consequent fees in having to maintain the buildings.

As for the Pfaffenthal station in particular, Bausch made it clear that the main purpose of the station is to be a thoroughfare rather than a waiting area.

Bausch did concede to Hahn's point and announced that he had launched a feasibility study to equip the upper platform of the Pfaffenthal-Kirchberg station with shelters against the wind. However, he stressed that these shelters would not be heated.

As for tram stops, the minister stressed that the stations were equipped based on the "highest European standard", offering an "optimal protection" for travellers. Bausch was also adamant that the tram stations had sufficient shelter, with an average of 50 square metres per shelter.

Finally, Bausch assured the MP that more frequent trams would reduce waiting times significantly from six to three minutes and there would be waiting areas at the Luxexpo interchange hub.