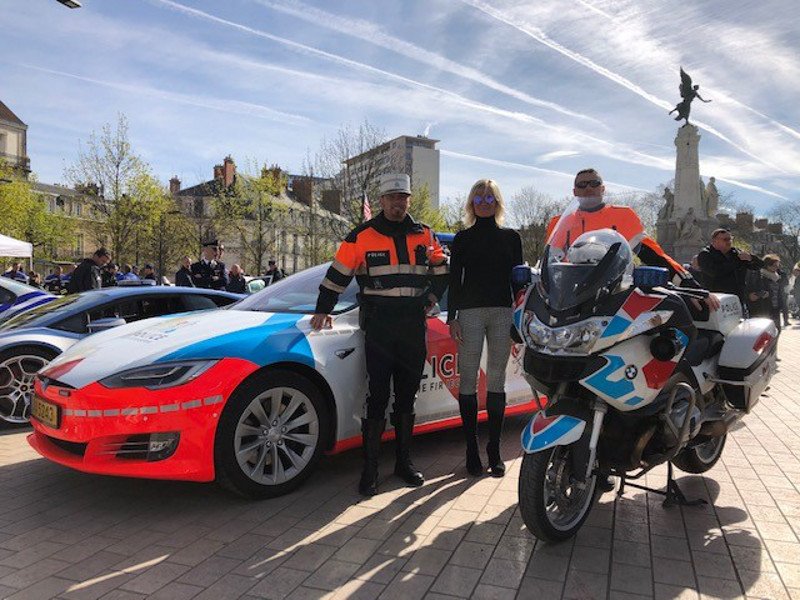 Luxembourg's police participated in the international police film festival, which took place in Beaune, France from 3 to 7 April. Their Tesla car was a highlight for many visitors.

The main theme of the 11th edition of the film festival was "highway patrol."

30 intervention vehicles from 7 European countries put on quite the show when they participated in a parade between Beaune and Dijon.

After the parade, the vehicles were taken to a photo-shooting at Dijon's airfield.

Luxembourg's police represented the country with two highway intervention vehicles: a BMW 1200 RT motorcycle and the famous Tesla S - a clear favorite of many visitors.

Two Tesla S joined the fleet of Luxembourg's police in April 2018. The vehicles are primarily used for police missions on the Grand Duchy's motorways.