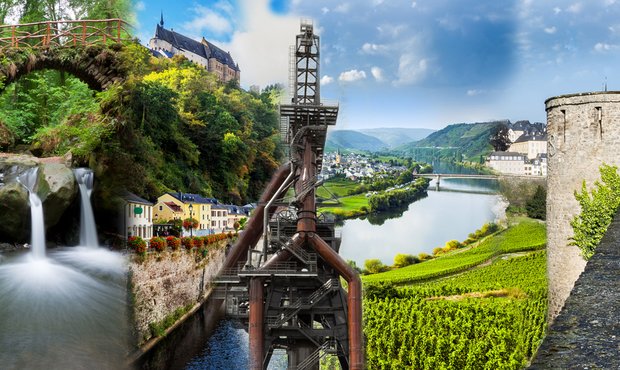 A recent TNS Ilres study on behalf of "Luxembourg for Tourism" has revealed that around half of leisure tourists coming to Luxembourg view it as a relaxation destination.

The study queried 1,300 individuals who have travelled to Luxembourg, the majority of whom did so for leisure reasons. A minority of respondents were individuals visiting Luxembourg on overnight trips for business purposes. On Tuesday morning, Minister for Tourism Lex Delles presented the findings of the study.

He recommended an annual study of this kind in order to better target the needs of tourists in Luxembourg, especially as the last study had taken place in 2013. The recent TNS Ilres study queried people who had visited the Grand Duchy between May 2017 and November 2018.

More than half of leisure tourists choose to come to Luxembourg because of nature. This revelation goes hand in hand with the revealed activities of leisure tourists. 72% of respondents stated that they visited Luxembourg in order to relax. As TNS Ilres' Tommy Klein explained, the main activities of tourists are relaxation, followed by restaurants and spending time with their families. He stated that looking at those three activities together suggests a wider phenomenon of tourists hoping to relax on holiday.

Noting the importance of nature as key to tourism, Delles explained that the ministry will place more importance on the natural environment in Luxembourg. He vowed to promote active tourism in its authentic and natural environment, mainly by connecting cycling and walking routes with interesting tourist sites. A further way to promote active tourism would be to work on digital route planners and bicycle baggage transport.

Amongst business tourists, the most popular activity is eating in restaurants (54%) ahead of tours discovering the capital (46%).

Globally, the survey revealed that eight out of ten leisure tourists rate Luxembourg as a positive destination, with nine out of ten saying they would recommend Luxembourg as somewhere to visit. The majority of respondents explained that they decided to visit Luxembourg as they had heard positive feedback about the country.

At the meeting earlier on Tuesday, Luxembourg for Tourism announced its planned targeted groups. Sebastian Redekker explained that they would no longer be focusing on hardcore cyclists or walkers, but instead would turn to promote Luxembourg as a destination for explorers or so-called perfection seekers. Concerning this last point, Redekker explained about the power of Instagram. Tourists travelling around destinations are always on the lookout for appealing photo scenarios. In that sense, Redekker explained that these type of tourists are not as familiar with Luxembourg. He even suggested that maybe tourists would be drawn to Luxembourg as it would seem more exclusive than, say, the Maldives, which are known to everyone.

There were no specific statistics about how much tourists spend per visit in Luxembourg. There are too many divergent tourist profiles for a specific statistic to emerge. The only thing that the ministry and Luxembourg for Tourism were able to say is that leisure tourists spend around 40% of their holiday budget on accommodation, whereas business travellers spend 50%.

Finally, the meeting announced that the tourism season will start on 19 April.