Transporting a corpse from one municipality to another in Luxembourg involves a considerable amount of bureaucracy.

The president of the Federation of Undertakers (Federation des pompes funébres), Thierry Graul, described the 1913 law, which regulates the transport of corpses, as outdated and in need of adaptation.

Negotiations surrounding changes to the text have been ongoing since 2012, but have been without success so far.

A number of points made over 100 years ago simply no longer make sense, according to the federation.

In the past, corpses were transported by horses and on trains, which is unthinkable today, said Thierry Graul. He emphasised that no train would take a coffin nowadays, but we often transport corpses in planes. Those obviously were not listed in the original law, as it was published in 1913.

Previously, a doctor had to certify that the undertaker had done their job properly and there were no infectious diseases present. The emergency doctor nowadays rarely has the ability to determine this, as they would not normally have access to a lab.

A further  thorn in the side of the federation is the so-called transport certificate, which needs to be requested to move a corpse from one municipality to another.

If a person dies during the day, it isn't very problematic, but if someone dies outside the opening hours of the commune's administration, it makes things more challenging. Thierry Graul gave an example: if somebody died in Steinsel outwith the administration's opening hours, but was to be buried at a graveyard in Luxembourg City, then the corpse would not be able to exit the commune. 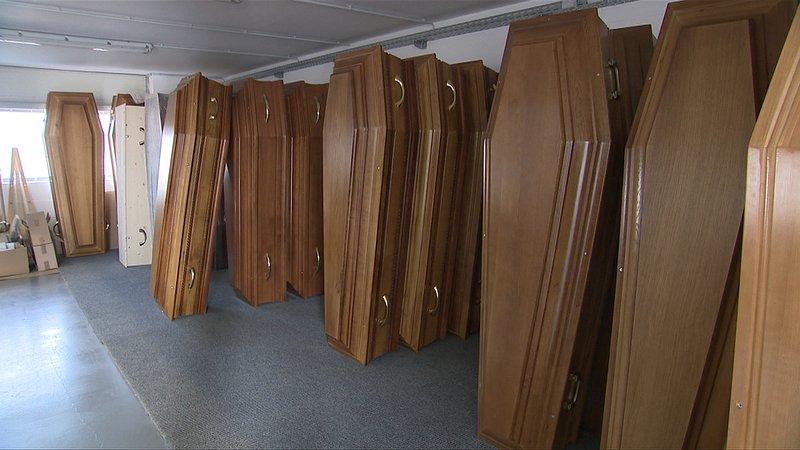 When the law was first written, the main focus was introducing measures to prevent the spread of infectious diseases. Today, most of those diseases are very rare. As a result, the handling of corpses was very different some 100 years ago.

In the past,  undertakers used formaldehyde - a substance that could contaminate our drinking water. In other words, this would contaminate Luxembourg's graveyards. A century ago, crematoriums were not as popular or had not even been established.

Luxembourg's neighbouring countries no longer have a transport certificate of that kind, meaning that the Grand Duchy has stricter regulations than France or Germany.

The federation hopes that, following the talks with the Minister of Transport , Syvicol (Association of Luxembourg Cities and Municipalities) and the court, they will also receive a positive response from the Ministry of Health.