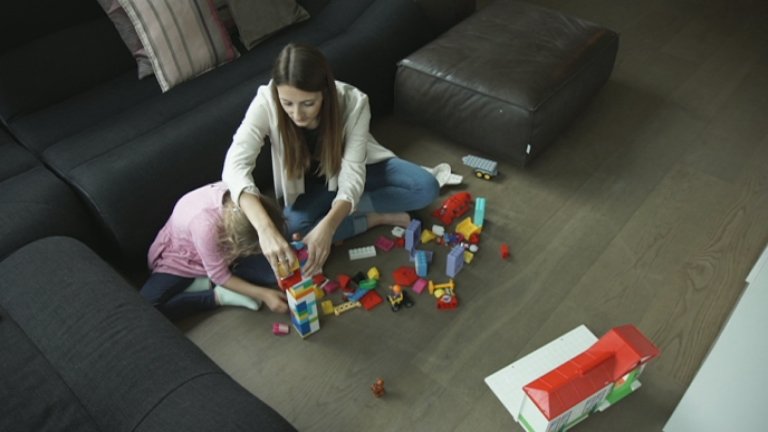 Parental leave and maternity leave are regulated and valid for a large part of society. Politicians are the exception to the rule.

In Luxembourg, a pregnant woman in employment has specific rights: for instance, the right to take maternity leave before the birth of the child and parental leave following the birth. The father can also take parental leave and look after his child.

This right, however, does not apply to Members of Parliament, nor for politicians at the municipal level. In either of those positions, there is no right to maternity or parental leave, due to the absence of an work contract.

Politicians from déi Gréng are now asking whether this should change...

The issue was raised by Laura Pregno, a municipal councillor in Differdange. She is pregnant and would like to take six months off to look after her baby, but there is no provision to do this.

Pregno expressed her shock at this and deplored that nobody was able to provide any answers to her questions on the matter. In the past, many women in that situation accepted half-hearted interim solutions, and women didn't dare to take off the six months or even ask for that amount of time off.

According to municipal law, a municipal councillor can be replaced by an adviser, when the former is absent for more than a month. The councillor from Differdange now wants to use this regulation to her benefit: an adviser from déi Gréng will take on her responsibilities, while Pregno can look after her baby without feeling bad about taking that time off.

Given the lack of regulations on maternity leave, MPs from déi Gréng, Djuna Bernard and Roberto Traversini, directed a parliamentary question towards the Minister for Home Affairs, Taina Bofferding, who is responsible for municipal mandates. The question is also addressed to Prime Minister Xavier Bettel, when looking at the issue on a national level.

Bernard, the new President of déi Gréng, was surprised that the issue has never been discussed. There have always been local politicians and MPs who have had children during their mandate, but apparently they somehow worked their way around that.

So it is possible to do, but the question remains as to whether this is still appropriate in this day and age. At a time when women in politics are supposed to receive greater support, or even to encourage more women to go into politics, this issue should be discussed clearly and widely, said Bernard.

When an MP becomes a parent, colleagues need to jump in and take on that person's work. Citing her own workload, Bernard, pointed out that she is part of seven commissions, which would be a lot of additional work to hand over to others. Some say that this isn't a problem. Others are asking why MPs and municipal councillors are not entitled to maternity and parental leave. This was followed by a lot of positive feedback, especially because the question had never really been considered. In any case, the social debate has begun.

Solutions can be seen abroad: some countries have solutions for mothers and fathers in politics in place.

RTL spoke to Taina Bofferding to get her opinion on the matter. She explained that she cannot anticipate the response to the parliamentary question, but is open for a discussion.

Bofferding highlighted the need to check whether there may be impediments to mothers and fathers in politics who would like to take parental leave. In any case, she found it interesting that this debate has only arisen in 2019 and had not been brought to task before.

Bofferding highlighted the importance of discussing the issue now. She explained that the government does try to accommodate new parents to allow them to reconcile parenthood and work. On the other hand, as she stressed, a political mandate is not a traditional job and does not have a work contract, like other jobs.

She believed that sometimes, the debate can be over-simplified.

As for the government's official stance, that will not be revealed until the parliamentary question receives a response.

On Facebook, the Minister for Family Affairs and Integration, Corinne Cahen, who is normally responsible for issues around maternity and parental leave, did not express a need for a change. She claimed that having children does not prevent anyone from going into politics.