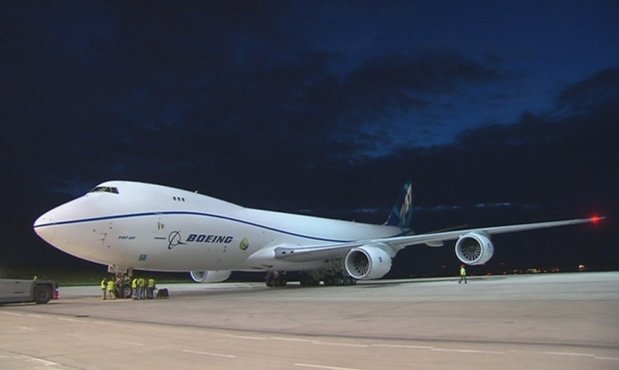 Over two thousand nighttime flights were recorded in 2018, so 81 fewer than the year before. This is a decrease of 3.6%, despite the increase of general air traffic by 8.5%.

Nobody enjoys aircraft noise at night, especially not those who live near the airport. Last year, the number of nighttime (2,145) flights at Findel was lower than in previous years.

This was the response of Minister for Mobility and Public Works, François Bausch, to a parliamentary question asked by CSV MP Serge Wilmes.

Even though the number of nighttime flights has fallen, it is still higher than it was in 2015 or 2016.

Minister Bausch specifies that the decrease is clearest in the flights happening late at night.

In 2015, quotas were introduced to limit the authorisation of exceptional nighttime flights. The Minister does not mention specific numbers, but does refer to a charter signed with Cargolux last year with the aim of getting disturbances under control.

As a result, the Luxembourgish cargo company reduced their number of nighttime flights by 46 from 2017 to 2018.

In relation to this, Wilmes also enquired as to the latest updated concerning the new royalty which was supposed to be introduced.

A press release states that the new royalty is in the making and will affect the funding of services that the airport provides to its users, particularly the aviation companies and passengers. The royalty should be seen as a necessary income for the airport.

A redistribution in favour of those who live near the airport is not planned.