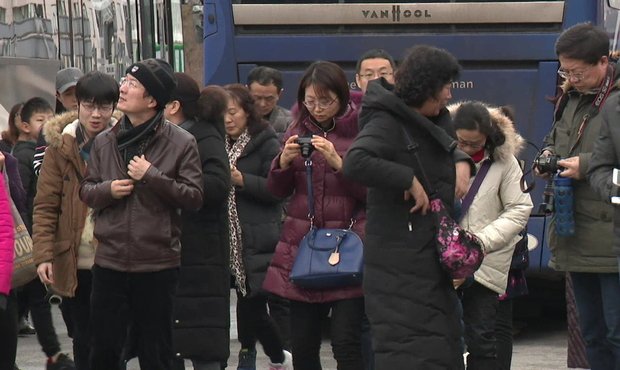 Luxembourg counts about 3,200 Chinese residents. Now, increasing numbers of Chinese tourists are discovering the beauty of the Grand Duchy.

The increasing numbers of Chinese tourists will be welcomed with open arms by the shops in Luxembourg City, who have identified the tourists as big spenders. But what is it about Luxembourg that is so attractive to Chinese tourists? And what is being done to make them feel welcome here? Yong Zhang, who moved to Luxembourg from China with his family when he was 10 years old, offers some insight. In the 80s, Yong's parents opened a restaurant in Remich, and over 10 years ago, Yong opened his own travel agency.

Together with his brother Xiang, he organises trips from Luxembourg to China and Asia, but also trips for Chinese people who want to discover Luxembourg.  For most package holiday tourists Luxembourg is just a quick stop on a wider Europe trip: the stay is limited to a few hours, maybe an overnight stay. Yong wants to change this.

He focuses on individual tourists, who usually travel in smaller groups, and encourages them to spend two or three nights in Luxembourg. Through Luxembourg-themed evenings, he tries to provide his customers with an authentic experience.

Luxembourg also increased its popularity as a tourist destination through the World Expo in Shanghai (in 2010), where Luxembourg had a pavilion. In China, Luxembourg is best known for its finance sector, as a number of big Chinese banks have built their European headquarters in Luxembourg.

But in Luxembourg, you can't just make money, you can also spend it. And that's what the Chinese like doing, especially in luxury boutiques, says Anne Darin from the Luxembourg City Commercial Union. Cosmetics an handbags are also very popular.

The average spend of a Chinese tourist in Luxembourg is €1,780. In order to make it easier for these customers to spend their money, the Union has published brochures and a website in Chinese, which provides information about Luxembourg and many shopping tips. The Union also offers training on how to best interact with Chinese customers for local businesses.

Jérôme Lenertz has participated in said training. He works in a shop in Luxembourg City and wanted to learn more about Chinese culture, their shopping behaviour, as well as adapted sales strategies.  There are many things to pay attention to says Jérôme. Some colours or numbers don't sell because they have a particular meaning in their culture. For example, the number 4 is associated with death. He does add that communication, whether verbal or non-verbal, is the hardest part.

Among the places that Chinese tourists like to visit here are the Golden Lady (Gëlle Fra), the  Casemates, the old part of Luxembourg City and the Grand Ducal Palace. While talking to some of them, we found out that they find Luxembourg beautiful because it's small and clean. One of the main arguments is also the feeling of security when you are in the country.