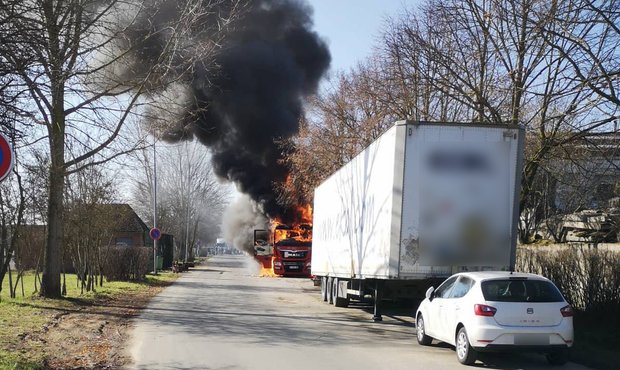 Nobody suffered injuries in the fire.

Truck on fire in Bettembourg (19.3.19)
The photos published on this site are subject to copyright and may not be copied, modified, or sold without the prior permission of the owner of the site in question.

At 7.40am, a car and a motorbike collided in an accident. One person sustained injuries.

At 7.52am, two cars crashed into each other on the A1 in direction of Luxembourg City. An ambulance from Junglinster attended to one injured person.

Another pedestrian was hit by a car at 9.30am in Grevenmacher. An ambulance from Mertert attended the scene alongside firefighters from Grevenmacher-Mertert, Manternach, and first responders (Samu) from Ettelbruck.