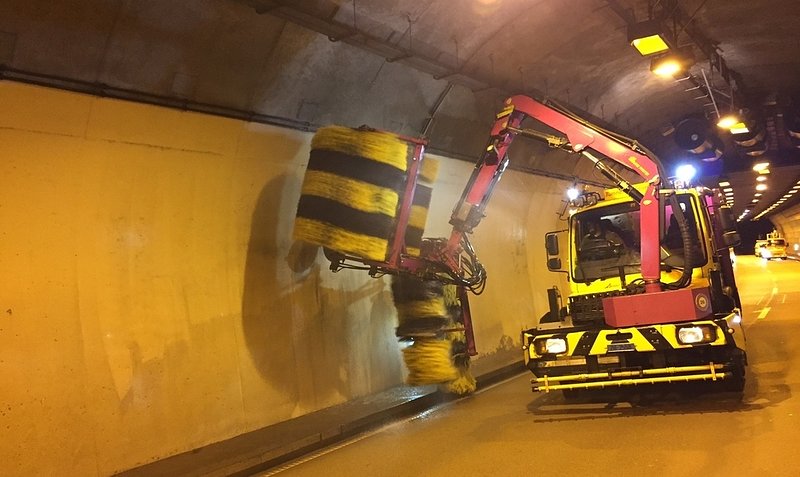 According to the roads and bridges authority, tunnel cleaning works on Luxembourg's motorways will kick off on Monday.

Twice a year, Luxembourg's roads and bridges authority organises a large-scale clean-up of the tunnels on the national motorways.

The cleaning works will start on Monday and are likely to cause traffic disturbances. Occasional tunnel closures will take place until the end of June.

Specialised teams from Switzerland will take care of the cleaning works during the next two weeks. As the roads and bridges authority explained, the tunnels will, whenever it is possible, be cleaned at night in order to minimise the impact on traffic flow.

In some cases, however, the tunnels will have to be cleaned during the day. They will only be closed in one direction at the time.

It should not take longer than two weeks to clean the country's largest tunnels. Maintenance works will follow in spring.