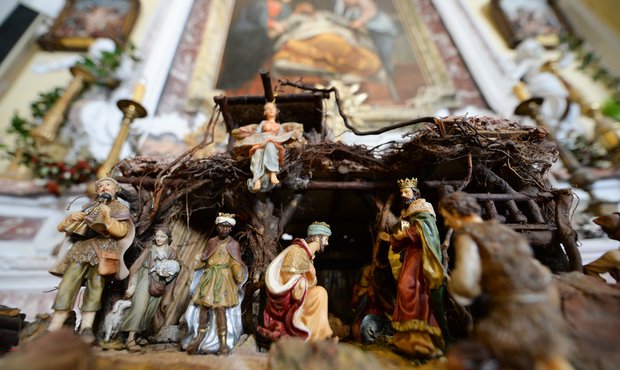 CSV MP Martine Hansen took the Minister for Education Claude Meisch to task after discovering that a regional education authority banned pupils in cycle one from visiting nativity scenes without explicit permission from parents.

Hansen submitted a parliamentary question on the matter, as the regional education authority forbids pupils from joining classmates to see a nativity scene unless their parents provide formal permission. The justification for the ban is that nativity scenes are a religious activity, and consequently relegated to the private life of pupils and their families.

Hansen pursued a different line, asking Meisch whether Christmas, including all its celebrations and traditions, should be considered part of the Luxembourgish culture, in turn meaning that nativity scenes are worth visiting. Her parliamentary question called for the minister to provide more clarity on the question of which activities fall under the category of religious activities.

In his response, Claude Meisch first of all confirmed that the incident referred to by Hansen had occurred. He went on to clarify a few points, agreeing with Hansen that nativity scenes are "undeniably" part of Luxembourg's cultural heritage and should be the focus of school outings, whether they happen to be within churches or other religious establishments. He concurred that visiting a place of worship should not be considered a religious activity in of itself.

He took the opportunity to recall the contents of the new Life and Society class, which replaced both religious education and its non-religious counterpart as of the 2017-2018 academic year. In his response, Meisch highlighted that the class has several lessons on religious difference in terms of respecting others who may follow a different religion or not follow one at all.

Further to that, the class also deals with how to perceive and live with linguistic, cultural, and religious differences. Finally, the class also focuses on learning about different religious rites and traditions without these lessons consisting of religious activities.