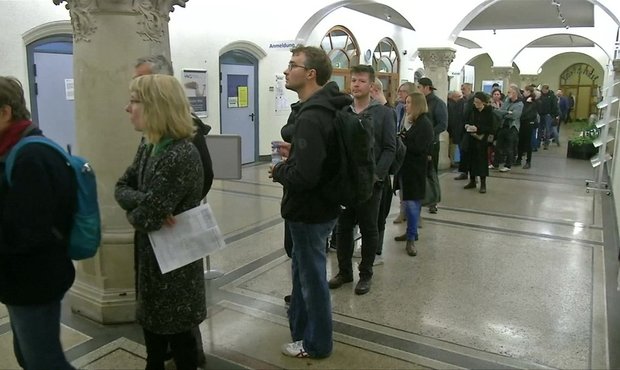 Following new CSV president Frank Engel's recent support for extending the right to vote to foreigners, it appears that the topic of integration Luxembourg's foreign residents is one that may come up sooner or later.

In an interview with Radio 100,7, new CSV president Frank Engel expressed that he was open to giving EU citizens the right to vote in legislative elections, provided they speak Luxembourgish and have lived in the country for a number of years.

Rehashing the spirit of the referendum in 2015, ADR MP Fernand Kartheiser dismissed Engel's suggestion as an "unacceptable idea." Kartheiser's reaction is an unsurprising one, but how did the coalition partners react to Engel's assertion?

The coalition agreement states the following on the topic: "Means to improve the participation of foreign citizens in local elections will be explored." Whilst aiming to improving integration, the coalition agreement remains a bit ambiguous. However, the three party presidents responded in that spirit when contacted by RTL.

Cahen confirmed that the topic is an important topic, but referred back to the clear result of the 2015 referendum and explained that ultimately, the government must respect that result.

This stance was echoed by the Greens' party president, Christian Kmiotek. In his opinion, the result was overwhelming. He explained that the government cannot just ignore the wishes of 80% of the population and enact foreign voting rights.

That said, he also referred to the coalition agreement, which aims to improve the participation on non-Luxembourgish residents. In that sense, Kmiotek explained, Engel's proposition is certainly interesting.

As for LSAP party president Franz Fayot, he believes that extending the right to vote to non-citizens is not quite on the government's agenda.

Acknowledging the democrat deficit existing in terms of Luxembourg's elections, as the LSAP highlighted in the referendum campaign, Fayot also reiterated the need to brainstorm ways to improve the participation of non-Luxembourgers in the political sphere. This, Fayot explained, should occur both in terms of elections and other means.

As a result, voting rights for foreigners is not quite off the table for the coalition parties, albeit alongside a desire to respect the referendum result.

ASTI president Laura Zuccoli, who campaigned to extend the right to vote to non-citizens, does not believe the referendum result from nearly four years ago should mean that the topic should not be discussed in earnest.

With the new CSV president expressing openness to the concept, it is clear that there is space for dialogue on the issue of democratic deficit. It remains to be seen how far this dialogue will go.