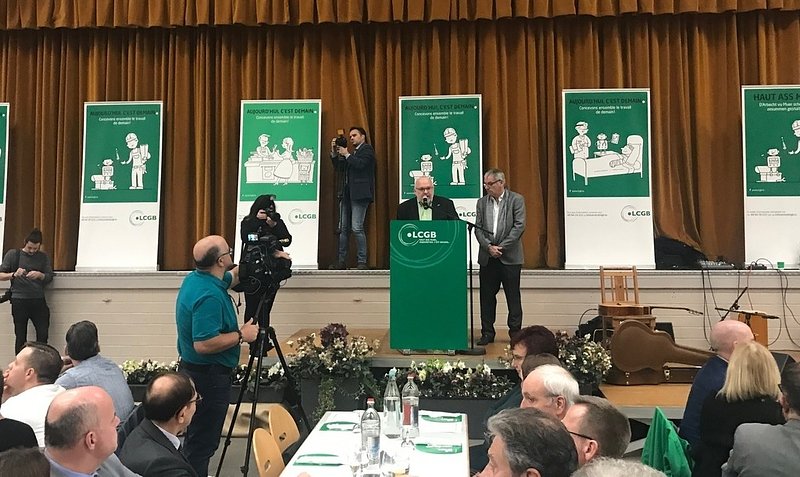 With the launch of this slogan, the Christian trade union confederation has begun its campaign for the social elections of 12 March.

The confederation presented a few key demands in Schifflange to an audience of around 800 people.

To summarise, those key demands are strengthening purchasing power, providing more flexibility in organising work, protecting the existence of employees, ensuring equality between the private sector and the civil service, and digitalisation in the working world.

To this last point, LCGB national pesident Patrick Dury explained that the challenge concerns data protection as well as allowing employees to 'disconnect' from work. Digitalisation is deeply changing the working world, an example being remote working.

The LCGB also wants to advocate the protection of sick employees by pushing the abolition of the 78 52 weeks, calling it a 'social guillotine'.

The confederation is also calling for an alternative to unemployment, exploring the idea of a reclassification centre. The idea would be for people to join the centre as soon as possible and avoid being classified as jobseekers.

On Wednesday, the LCGB expressed its pride at the number of its members. The confederation counts more than 40,000 members as of 1 January.