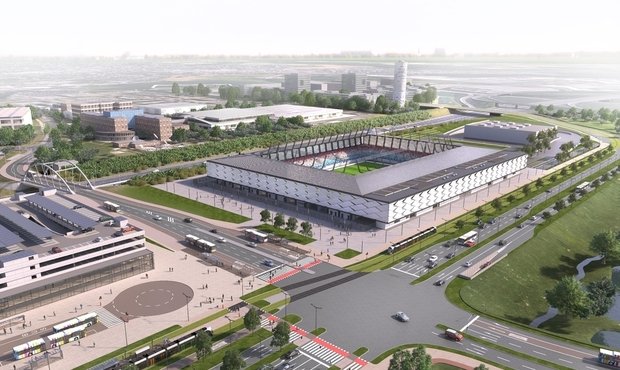 The new national stadium is expected to open in October and will be able to accommodate crowds of more than 9,000.

Months before the works on the stadium are expected to conclude, the question surrounding the stadium's potential name has been the subject of a public petition.

The petition, which calls for the new stadium to be named in honour of the late Louis Pilot, a national football player who died in 2016 from a heart attack, was recently made available for the public to sign.

Representing Luxembourg in the Euro 1964 quarter-finals and having won four Belgian league titles with Standard Liège, Pilot was repeatedly named Luxembourgish Footballer of the Year. M. Gobbo, who launched the petition, believes that there is no other choice for the stadium name.

RTL Today's French colleagues at 5 Minutes sifted through the Luxembourg City authorities' press communications, but were unable to find any propositions concerning the potential name of the stadium and have contacted VDL for further information.

The current host of international encounters is the Josy Barthel stadium, named after the Olympic champion Joseph Barthel. In the 1952 Olympic Games in Helsinki, Barthel won the gold medal in the men's 1,500 metres, making him the only Luxembourgish athlete to have won gold at the Olympics to date.

With such an accolade, having the national stadium named after him is certainly justified. To add to that, the field at Josy Barthel stadium is surrounded by an athletics track.

The new national stadium will, however, not include an athletics track and will mainly be dedicated to football and rugby. In that case, would Pilot be a more fitting honouree?

Now, it's time for you, RTL Today reader, to give us your opinion. Let us know in the poll below, but if your preferred option isn't there, let us know with a Facebook comment!