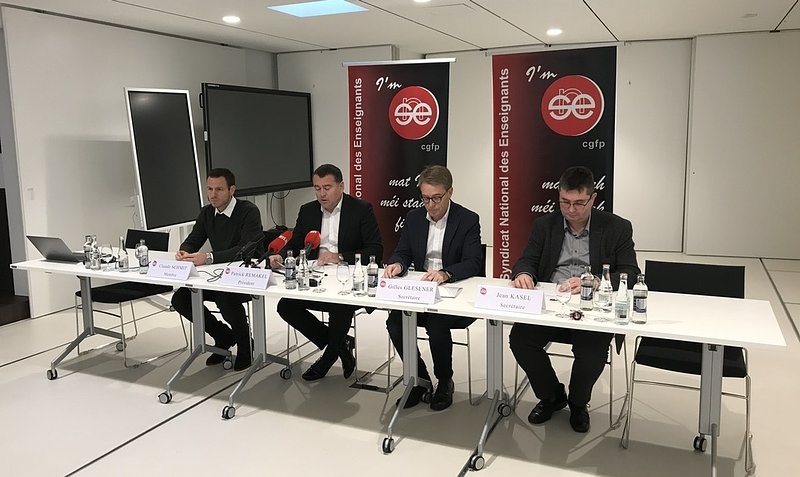 The teachers' trade union has reacted to the coalition agreement by highlighting the need for stability in Luxembourg education system.

Having taken its time to examine the coalition agreement and how the government's next legislative period will affect schools in Luxembourg, the SNE has announced its findings.

According to the trade union there are positive signs in the agreement, but some elements leave too much room for interpretation. The crux of the SNE's reaction was that schools need stability rather than reform upheaval. The president of the trade union, Patrick Remakel, acknowledged that many reforms were introduced in the last few years and schools now need time to let these reforms enter into effect.

The trade union hopes that there will be a constructive dialogue with Minister for Education Claude Meisch, but stressed that further explanation is needed with with regards to how he has put together expert panels on various aspects of the education system. The trade union has already expressed its displeasure over how subjects have been allocated to purported experts. One example cited by the SNE is that students and teachers are on the panel for the further training of teaching staff, which does not make sense according to the trade union.