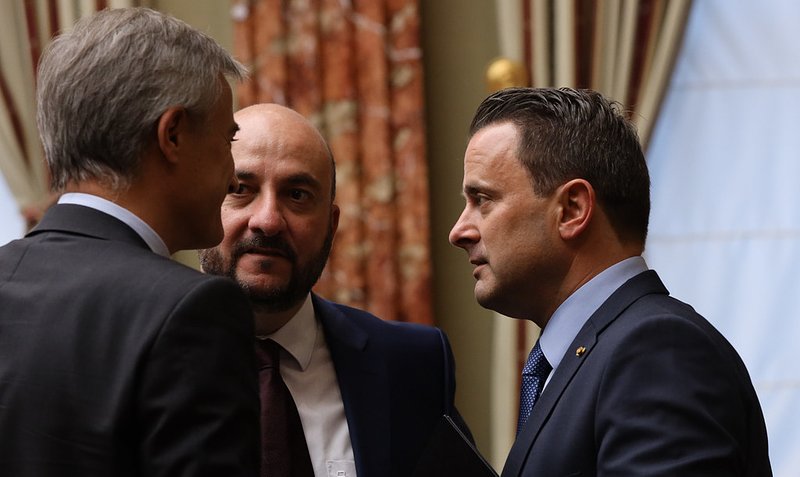 It is a month ago today that Luxembourg headed to the polls to elect a new government. Coalition talks between the DP, the LSAP and the Greens started soon after that.

The three potential coalition partners, the Democratic Party (DP), the Luxembourg Socialist Workers' Party (LSAP) and the Greens are currently discussing how to continue their coalition government over the next five years.

On election night, representatives of the three parties decided to try to continue their coalition government over the next five years.

Over the past few weeks, 11 different task forces discussed specific topics. On Wednesday, the discussions will be opened up to a bigger group  with representatives for all three parties.

It is the final phase of the coalition talks and could mean that Luxembourg has its new government by early December.

While the individual negotiation delegations are though to have discussed policies as well as personnel matters, politicians have remained very tight-lipped on the subject since negotiations began.

Task forces haven't all wrapped up

It won't be too long before we know what the next coalition government will look like. While most negotiation delegations are either complete, or on the least stretch, some work still remains to be done.

On Wednesday, the three parties will meet for the first plenary meeting since the election.

The 11 individual negotiation groups are each tasked with a different topic. Usually, representatives for the three parties work on a set of policy notes. These three sets are compiled in the end and the task force then has to work together to find a realistic way of incorporating as many of the propositions into the finished overall proposition.

The next step is to take these propositions to the plenary meeting on Wednesday, where they will discussed by a large group of politicians from all three parties.

For the most part, the negotiations seem to have been smooth sailing. It is not the coalition's first rodeo after all, they have worked together on coalition negotiations in 2013 and formed a government that remained in place until 2018.

However, some issues were harder to work out because the parties' positions are so far apart. These cases will also be brought before the plenary meeting, where all three parties will try to work out a solution.

Some of these more delicate negotiations could center on finances and taxes. The three parties are yet to see eye to eye on issues such as tax reform and an increase of the minimum wage.

'Task force 2', that worked on resolving issues around the economy and employment, will probably not have wrapped up their negotiations either. It is very probable that points such as more flexible working hours will have to be discussed in the plenary meeting.

The plenary meetings are expected to take place in about a week to 10 days. After that, the coalition texts will be summarised and a coalition deal worked out.

A final coalition deal could be presented by 6 December, but it is possible that the public will receive some information before this date.