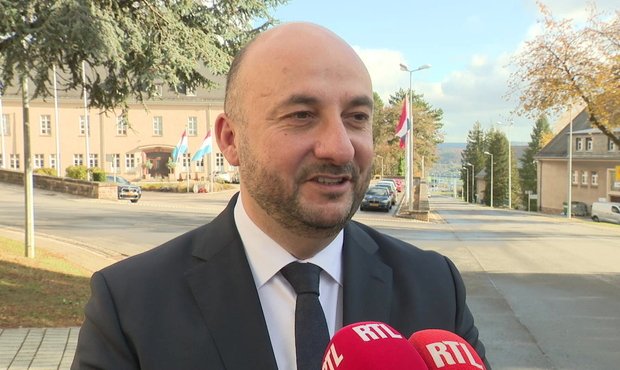 While coalition talks are still ongoing and a lot still needs to be negotiated, the talks could be wrapped up by the middle of next week, Etienne Schneider revealed on Thursday.

Almost a month ago, Luxembourgers headed to the polls. Since then, the three potential coalition partners have shrouded themselves in silence. Behind closed doors, 11 individual task forces are discussing different topics. Within the next couple of weeks however, the public should have a pretty clear picture of what the coalition programme between the LSAP, the DP and the Greens will be and which politicians will make up the next government.

While they seem to be making some headway, the politicians are remaining relatively tight-lipped. Corinne Cahen (DP) told reporters that they were working tirelessly and are advancing nicely. The task forces are in the process of wrapping up their negotiations and the last remaining differences will probably be cleared up during the plenary sessions next week. Next Wednesday, exactly one month after the election, the parties will convene in a big meeting.

Talking to RTL on Thursday morning, Deputy Prime Minister Etienne Schneider revealed that the task forces should be done with their negotiations by next Wednesday, in time for the plenary session. During this session, the parties will discuss individual points that still need some clearing up.