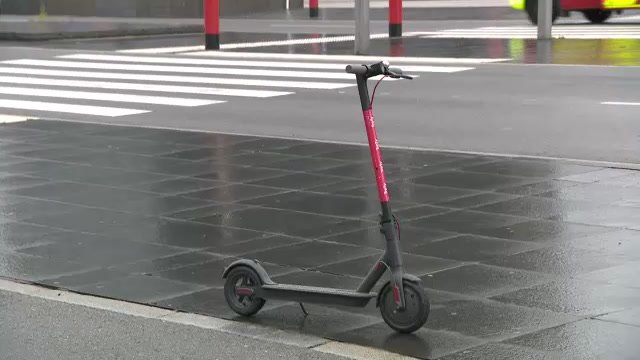 The creators of the Troty in Belgium are confident that their electric scooter will be a hit in Luxembourg.

The Troty is currently being tested in Luxembourg to evaluate how Luxembourgers will react to another eco-friendly way of getting around Luxembourg City.

The Troty is an electric scooter which functions in a similar way to the Vel'oh, except without stations.

If you want to find a Troty near you, you just have to use the accompanying smartphone application.

The app shows you where your neaarest Troty is and allows you to rent it, thus unlocking it.

As RTL's journalist who tested the Troty out explained, somebody in front of him left the Troty outside the Philharmonie and the scooter automatically locked once the individual finished with it. The journalist then unlocked it and rode until the bus stop at the Luxexpo. There, the journalist parked it and left it.

The creators of Troty first launched the concept and the app in Brussels in July. As the initiative is in its testing phase, there will be 40 to 50 electric scooters available until next spring.

The cost of a 5 kilometre ride, which would be equivalent to riding from Luxexpo until the Grand Rue, would be €4.75 and the journey would take around fifteen minutes.

Those who created the Troty believe that users will override their feelings of freedom and enjoyment with the responsibility of using the scooter as a form of transport.

People using the Troty are not allowed to ride them on pavements, but instead have to join cyclists in the cycling lane. When required, Troty-users will have to ride on roads alongside cars as well.