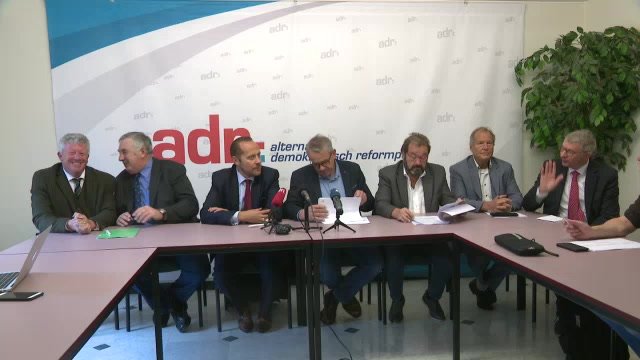 The Alternative Democratic Reform Party (ADR) was hoping to gain to seats in the 2018 election, but only managed to snap up one seat.

Despite failing to achieve their two-seat goal, the ADR is happy about the election results and regards itself as a winner after a thorough analysis of the results.

Even before the election, the CSV had ruled out forming a coalition government with the right-wing ADR party.

According to ADR analysts, this move benefited neither the CSV nor the ADR. In a conversation with an MP from the east, Schoos noted that the Luxembourg Pirate Party made great strides this year. However, Schoos believes that the votes cast in favour of the Pirate Party were nothing but protest votes.

The ADR also criticizes the way in which the press dealt with the party. Jean Schoos said that he almost got the impression that the ADR "eats small children" and that they did "nothing but run around all day rejoicing about the fact that a certain party in Germany is doing well at the moment".

While Schoos refused to name the German party, it could be a reference towards the newly strengthened right-wing AfD party.

The ADR also talked about another major winner in the 2018 election: The Greens. Schoos believes that the Greens' ideology is almost seen as a religion in Luxembourg, but says that it remains to be seen how much of their electoral programme would actually survive the "Gambia 2.0" coalition talks.

The ADR also criticised the "unfair" voting system in Luxembourg. The party's honorary president Roby Mehlen is currently fighting for a change in Luxembourg's courts.