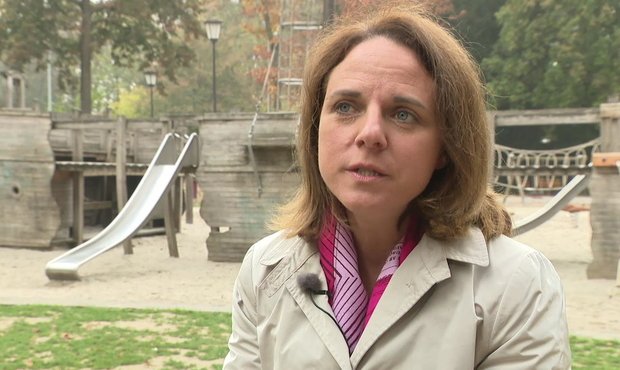 As the current president for the Democratic Party, Corinne Cahen leading her party's coalition negotiations, and says she hopes to continue improving circumstances for women and families.

Cahen says her aim is to allow Luxembourg to progress in terms of social policies as well as dissociate itself from taxation stereotypes.

In an interview, Cahen discussed women and politics, her personal ambitions, and a potential continuation of the three-party coalition.

On the night of the election already, Cahen expressed a desire to continue with the Gambia coalition. She received nearly 20,000 votes, which is 40% more than what she got in 2013. This is the second time that she was elected straight to Luxembourg's parliament (Chambre des députés), albeit as one of only twelve women.

Cahen spoke of things that the government needs to improve, particularly related to women. Having already delivered a parental leave reform including breastfeeding leave adjustments in the last government, Cahen emphasised that the state should not intervene too much in the lives of women, particularly since this does not occur in men's lives.

While the politician agrees with the view that the Democratic Party shares many policy points with the CSV, she believes it makes more sense to continue the three-party coalition as they all believe in improving social policies. She emphasised the similarities between the three parties, explaining that whilst their individual points on their programmes may differ, the content is the same.

One point in particular that three parties hope to work on is a further tax reform. Cahen claims that the initial tax reform is only a first step in generally improving taxation in Luxembourg. The parties all hope to change the extent to which the state decides how people should live. Becoming a single household due to divorce or the death of a partner should not impact an individual's tax class.

Cahen says she believes that such a further reform will be a challenge but says she hopes that the three coalition partners can work on it together. Cahen also confirmed that she would prefer to keep her current role as family affairs and integration minister if possible.