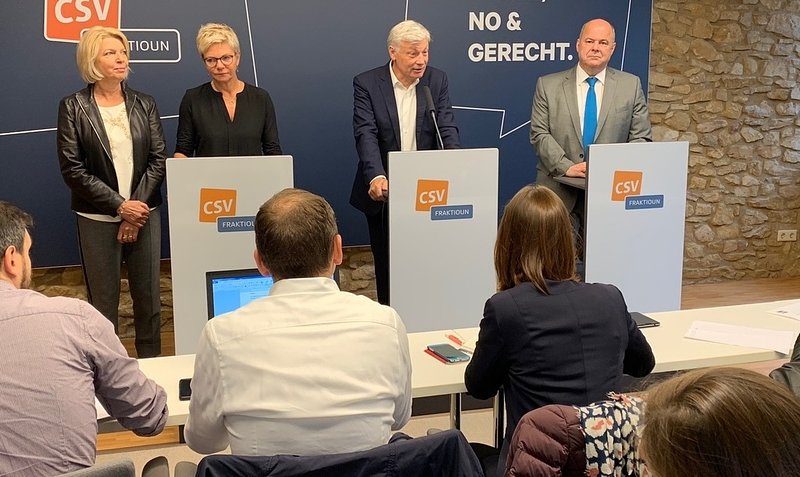 At a press conference on Thursday, CSV leading candidate Claude Wiseler affirmed that his party would not stop putting pressure on the parties in coalition negotiations until a government has been formed.

Specifically, Wiseler and the CSV want to see whether the LSAP will move on their 'non-negotiable points'.

Wiseler explained that the party feels it has an obligation to its voters, the 29 per cent, to continue to fight until the very end.

At the press conference on Thursday morning, Wiseler said:"Our honour demands that we continue fighting." He elaborated, explaining that their voters trust them and deserve for the party they trust to continue to fight until the government has been decided on.

He stressed that whilst the party did not hit its goals, it still had the same amount of seats as the Democratic Party and the Greens combined, as well as more than the LSAP.

As a result, the CSV is keeping a close eye on coalition negotiations. Wiseler cited the manifestos of the three prospective coalition partners, noting that there were a number of issues where they may not reach a common ground.

Amongst those issues are the 38 hour working week, the minimum wage, and corporate tax. Further to that, Wiseler believed that a CSV and DP government would be easier to negotiate and include more stability.

The CSV will especially be focusing on the LSAP, as the party believes that the LSAP will make many compromises simply to remain in government.

As a result, Wiseler explained that this would undermine the LSAP and show that their non-negotiable points are actually negotiable.

As a result, the CSV will delay its internal reshuffling until a government is formed.