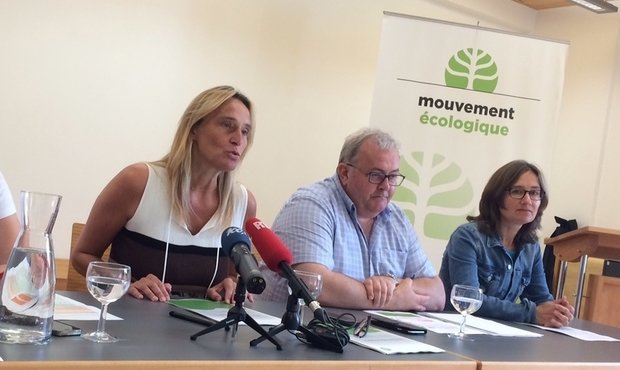 The Mouvement écologique (Ecological mouvement) environmentalist group, or MouvEco, has triumphantly noted that the parties which supported its demands were more successful in the elections. MouvEco president Blanche Weber claimed this shows that the environment is an important topic for citizens.

In their analysis of the election results, MouvEco noted that the parties supporting MouvEco's demands such as preserving the natural environment and engaging critically with the current economic growth model were predominantly strengthened in the elections.

According to Weber, this shows that these kinds of issues are priority issues for residents and citizens. She described the current scenario of increasing efficiency, consumer culture, and productivity as a type of hamster wheel.

Using this metaphor, Weber alluded to citizens not wanting to be in this hamster wheel and increasingly questioning their lifestyles.

Weber explained that voters are noticing how their own environment is being disturbed by this culture of constantly wanting more.

She deplored the fact that some parties did not give the environment the necessary importance that it requires.

The civil society group is expecting the future government parties to give these issues the weight they deserve.

In order to do so, MouvEco will be sending the government a list of demands, including a sustainable tax reform, a different type of economic growth, and finally a reform of democratic structures.

This last point calls for an increased inclusion of citizens in politics in a systematic fashion, as the current format of a Chamber of Deputies and State Council is not able to deal with their tasks adequately, according to MouvEco.

A further demand is to reform agricultural policies to be more in tune with nature and demand less of it.

MouvEco believes that the last government was unable to create a decent climate protection strategy, which the next government must do, but in a politically neutral way.