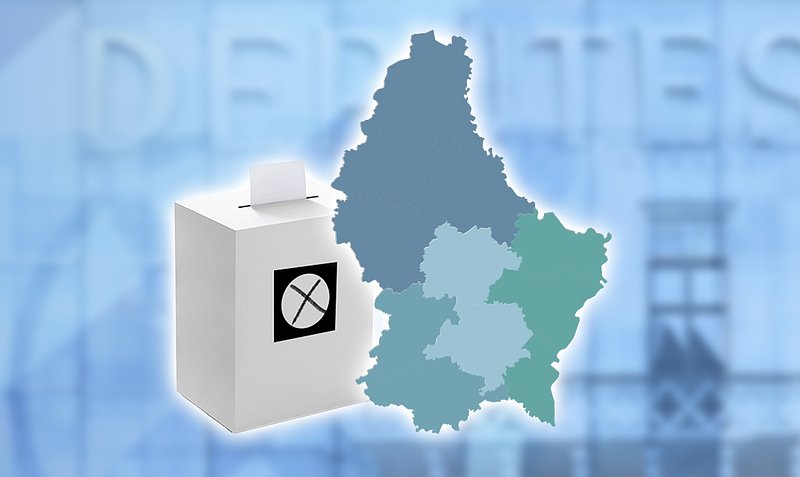 In the run-up and the aftermath of each election in Luxembourg, the country's four-constituency system comes under fire as being "completely unfair". "We need change!", some say.

However, this year, even party presidents joined the chorus of dissent and started the discussion of abolishing the four-constituency system in favour of a single constituency.

Christian Kmiotek of the Greens pointed towards the results in the eastern constituency to make an argument in favour of abolishing the four-constituency system.

In the east, the Greens were up by 5% and the CSV lost a whopping 7.5% of the vote. Despite this almost seismic shift, compared to 2013, the CSV did not lose a single seat in parliament and the Greens gained not one. Kmiotek is convinced that something needs to change to make votes more representative of the will of the electorate.

Apart from the Greens, smaller opposition parties support the idea most vocally. The three major parties that still hold a two-digit number of seats in parliament were a bit more cautious in voicing their support for the idea.

Marc Spautz of the Christian Social People's Party CSV said that a serious discussion would have to be had on the topic. He said that no one ever barred the discussion from happening and that tentative first steps had been taken many times, but that a consensus was never reached.

Spautz also added that the topic only really comes up in the three months following an election, but that it usually dies down quickly. According to Spautz, real change would need a little more determination.

Corinne Cahen of the Democratic Party DP echoed Spautz' characterization of a recurring discussion. Cahen stated that if the momentum behind the idea was strong enough, all parties would first need to discuss the idea internally. And even then, it would take a parliamentary majority to effect changes in the voting law.

In any case, it is not a decision that should be taken lightly or at the spur of the moment.

Claude Hagen of the Luxembourg Socialist Workers' Party LSAP was more tentative in the way he approached the question of abolishing the four-constituency system. He raised the question of what it should be replaced with, if at all. Which system would be fairer and is there even a fairer system?

All in all, every party was in favour of addressing the topic and finding a consensus but it is clear that a please all outcome may be some way off.