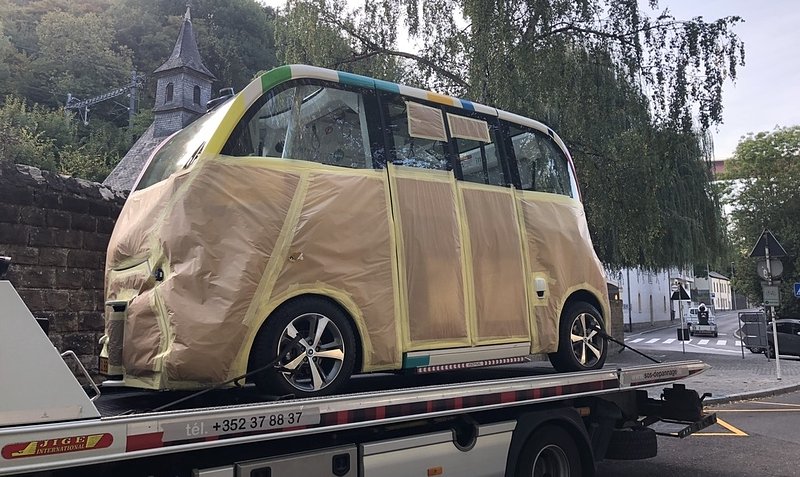 After yesterday's arrival of the driverless minibuses for Contern, Thursday morning saw the arrival of the vehicles for for the Luxembourg City's Pfaffenthal service.

The driverless electric vehicles will transport passengers between the Pfaffenthal lift and the funicular terminal.

On Wednesday, it was announced that Luxembourg City's municipal goverment planned to buy 35 electric buses at a cost of between 12 and 13 million euros.

See our story about the Contern driverless shuttle in the links box below.