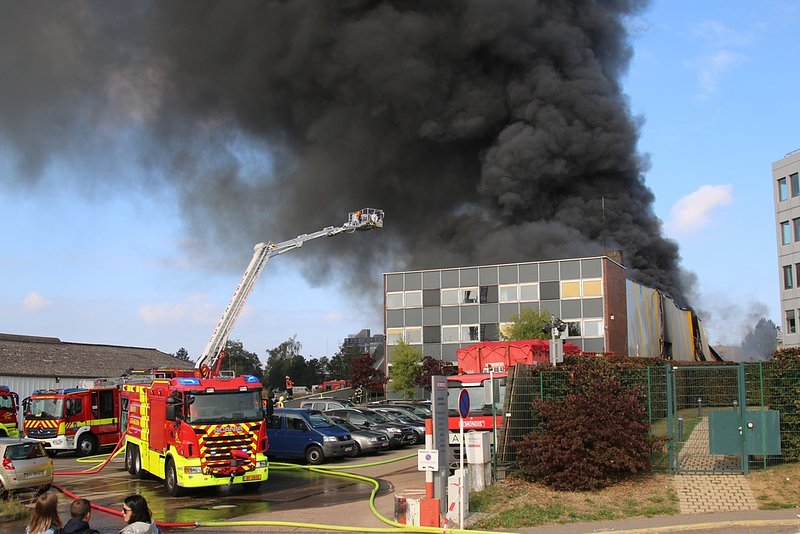 The warehouse of a recycling firm in Hamm burned and the flames also consumed dangerous chemical products.

The fire took place in Rue Haute, in Luxembourg City's Hamm district, not far from the airport.

The police describe it as a major fire and have appealed to the public to avoid the area until the fire is extinguished, as well as to "close doors and windows in the Hamm area."

Rue de Bitbourg and the Hamm roundabout are currently closed to traffic. Some nearby buildings have been evacuated.

At this stage, it is not known what was stored in the warehouse when it started to burn.

Images of the column were taken by many social media users. The smoke column is so huge that it's visible for kilometres around.

Air traffic has not been affected at the moment, according to CGDIS.

Dr Christian Barkel, the principal of St. George's International School, located not far from the fire, has reported that the school has not been affected. However, as a precaution, he said that all doors and windows have been closed and that students will take their breaks and lunchtimes indoors. The end-of-day school pickup and bus services will not be changed, he stated.

An overhead view of the area around the fire. 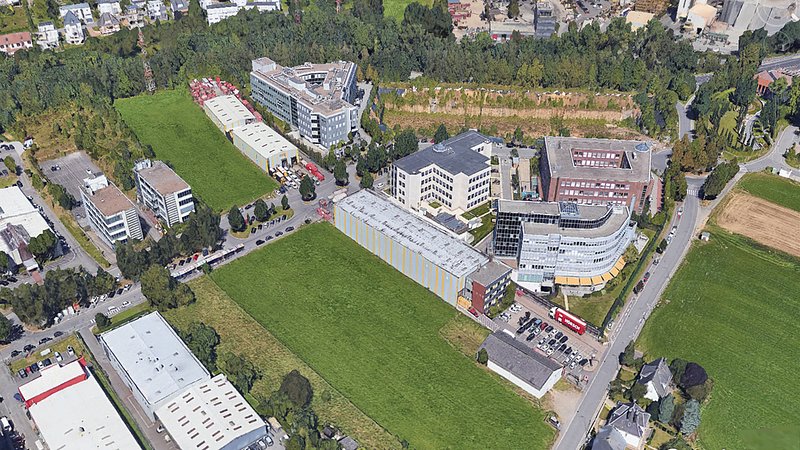