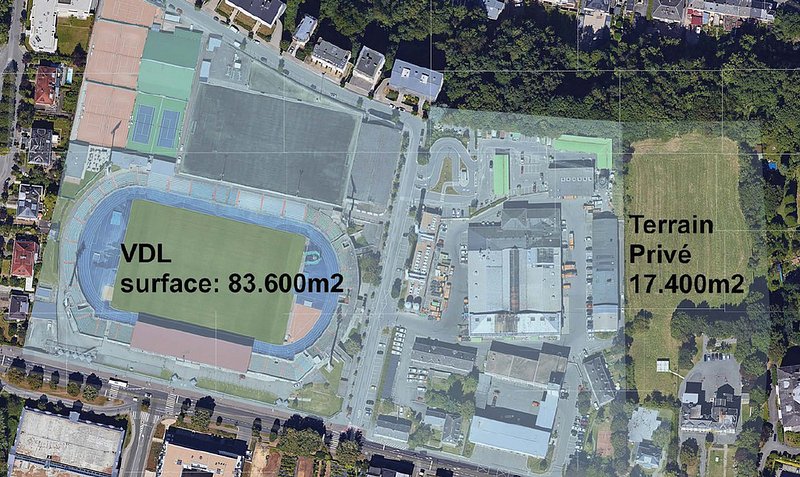 The Luxembourg City Green party council members organised a series of workshops in July to suggest ideas for the new Route d'Arlon neighbourhood.

59 residents and eight working groups came together in July to decide on the future of the current Josy Barthel stadium, which is to be replaced by a larger football and rugby stadium under construction in the Kockelscheuer area. The Greens presented the results at a press conference on Thursday morning.

Jan Glas, head of the Design Management and Strategy company analysed the workshop's findings independently of the Greens and called the ambience at the workshops "positive and incredibly productive."

Glas asserted that the residents were clear that the stadium should not be torn down, and instead should be maintained in some form, such as a park. There are also other ideas for the future of the ten hectares it occupies.

Luxembourg City's Green council member François Benoy explained that residents would prefer for offices and shops to be located at the south of the new neighbourhood, directly on the Route d'Arlon. This would then leave a residential area in the quieter northern area of the neighbourhood towards Boulevard Napoléon.

He also confirmed that the residents hope to have a variety of residential housing options, such as social housing and new forms of accommodation. He also highlighted the desire for local cafes and shops.

The workshop also revealed what residents are trying to avoid: this includes a new type of Cloche d'Or district, a complete blank slate, massive office buildings, or a shopping mall.

The Green council members will present report to Luxembourg's municipal council and will suggest a further citizens' participation workshop which should last over a year.