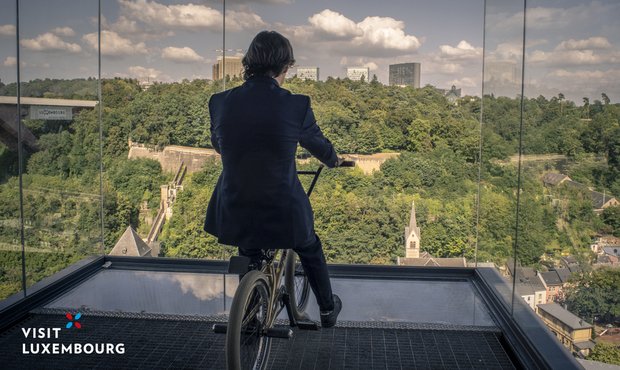 Business tourism makes up over half of Luxembourg's overnight stays, which is why Visit Luxembourg has released a new promotional video to highlight Luxembourg's locations perfect for meetings, incentives, conferences and events (MICE).

A quarter of overnight stays come from people visiting Luxembourg for conferences, meetings, and the like. This growing sector of tourism is one that the Ministry of the Economy has wanted to emphasise in its promotional material for Luxembourg.

Secretary of state of the economy Francine Closener emphasised this point with the introduction of the "Meet Luxembourg" event. 2018 marks the second edition of the event, which runs from 12 to 14 September and draws attention to Luxembourg's many MICE locations.

The ministry invited international conference organisers to allow them to discover Luxembourg as a destination for conferences and seminars.

The enthusiasm for this sector lies in its profitability - a conference tourist will spend three times as much as an ordinary tourist. In order to facilitate organising conferences in Luxembourg, a national convention bureau has been founded to aid anyone interested in Luxembourg as a MICE destination.

Luxembourg currently ranks 68 in the ranking of conference destinations, and the goal is for Luxembourg to enter the top 50. As for the strategy to achieve this goal, the ministry is offering green events to meet the demand for sustainable gatherings.

There are also plans to raise hotel capacities by 15 per cent in the next four to five years.

The above video shows Viki Gomez, BMX world champion, taking the viewer on an unconventional tour of Luxembourg's MICE offerings.