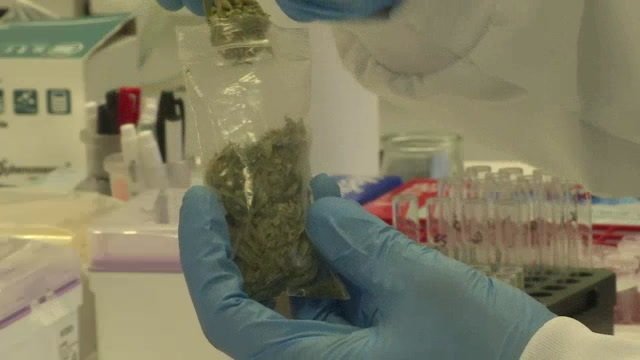 According to the LSAP, the legislation is an important step in improving the quality of the health system. The CSV supported the legislation, but mentioned limitations.

On Thursday afternoon MPs debated a draft bill that sees the legalisation of cannabis for medicinal reasons. LSAP MP Cécile Hemmen reminded her colleagues that those who need to take cannabis for medicinal reasons currently face the same punishments as those who use it recreationally. This is an opportunity for Luxembourg to differentiate between the two in a legislative manner. The draft bill was passed unanimously.

According to the CSV, the draft bill will not be a paradigm shift in medicine. CSV MP Martine Mergen said that the legislation would be an improvement for some patients and relief for doctors who have prescribed cannabis in the past.

The CSV supported the legislative text, but offered critique of certain aspects. For instance, Martine Mergen believes that it is a limitation that cannabis would only be available in hospital pharmacies.

The draft bill states that doctors will be able to prescribe medicinal cannabis for chronic pain, discomfort during chemotherapy, and muscle cramping for those who suffer with multiple sclerosis.

As for who can prescribe it, every doctor who is able to practice in Luxembourg will be able to prescribe medicinal cannabis, however they will first have to undergo a course on its use. There will be a two year test phase, which will lead to an evaluation and adaptations if needed. Dei Lenk MP Marc Baum reacted to the vote with the exclamation:”Finally!”. Baum was pleased that the debate had passed the ideological discussion and was instead focusing on how it could help those who would use it in a medicinal capacity.

Cannabis is portrayed in two very different ways: either as a dangerous gateway drug or a fantastic pain relief for certain ailments like chronic pain.

DP MP Edy Mertens stated that cannabis is not the worst drug in existence, but does have harmful effects. As a consequence, the MP called for an awareness and prevention campaign to ensure that youths do not use it as a gateway drug.