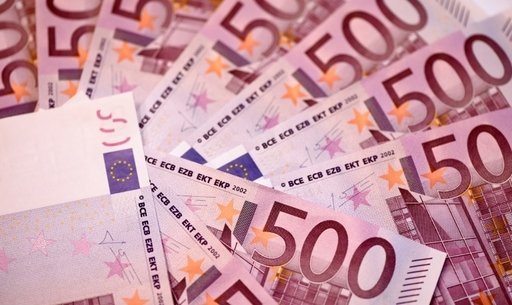 New data from Eurostat shows that Luxembourg residents consume more goods and services per capita than residents of any other EU country.

A news release from Eurostat which looks into how much residents of all EU countries consumed in 2017 places Luxembourg right at the top.  Essentially this means that we consume more goods and services than any other EU country on a per capita basis.

The measure used to arrive at this conclusion is called 'AIC', which stands for Actual Individual Consumption. It takes into account the goods and services that individuals actually consume, and it's adjusted for the purchasing power standard of each country. In other words, Luxembourg doesn't come out on top because things are more expensive here than in many other member states but because on a like-by-like basis, we actually consume the most.

So just how much do we consume compared to other countries? The below chart gives some indication - bear in mind that the EU-average is 100, and Luxembourg scores an impressive 130. This means that we consume 30% more than the EU average. 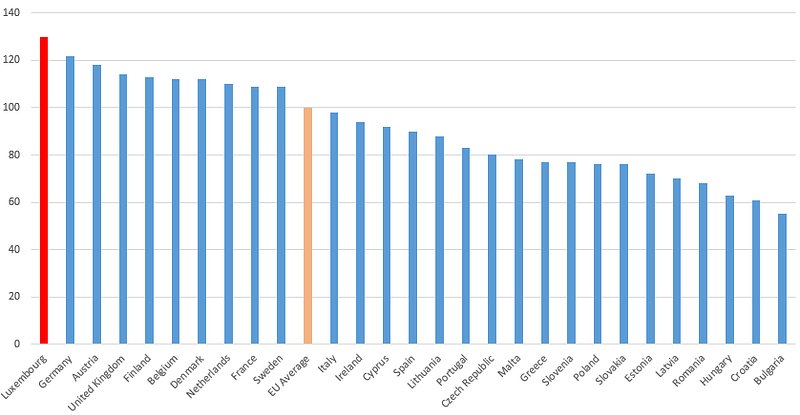 How can we afford it?

In addition to spending the most, Luxembourg also has the highest GDP per capita of any EU country. This is according to the same Eurostat data, which shows that Luxembourg's GDP per capita is 253% of the EU average. In second place with 184% is Ireland, followed by Austria and the Netherlands (128%), Denmark (125%), and Germany (123%).