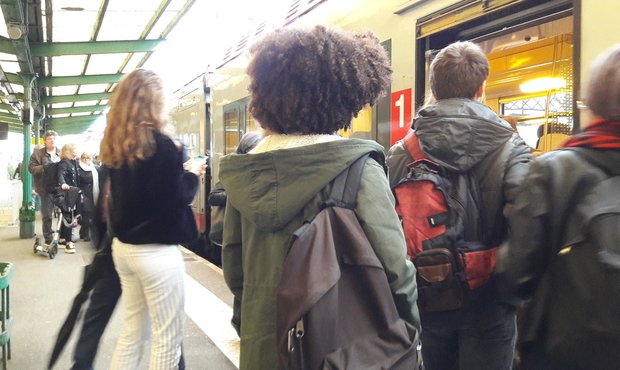 Several French travellers' associations, including the one representing those taking the Metz-Luxembourg line, have launched a ticket strike.

Fatigue, stress, poor service - about 20 associations, including the AVTERML group representing the users of the Metz-Luxembourg line,  launched a ticket strike on Thursday over "a subscription paid for a service not rendered ".

In addition to the repeated delays and overloaded trains, its the SNCF train strike, expected to last until June, which is at the root of this movement. The users are "the first to suffer from the strike", writes the national cooordination of groups and associations of train users (Coordination Nationale des Collectifs et Associations d'Usagers du Train) in a press release.

"For daily user, home-work commutes have become a source of worry and stress which have negatively impacted their professional and personal lives" explained the press release. During the strike, participating users will wear badges and "traveller on strike" tickets.

On top of generally seeking to put the users at the core of the debate, their first concrete demand is the reimbursement of the subscriptions paid for during the three months of the strike. A petition launched on the change.org site has already gathered more than 6,000 signatures.

With the strike launched just this morning, SNCF has yet to react.