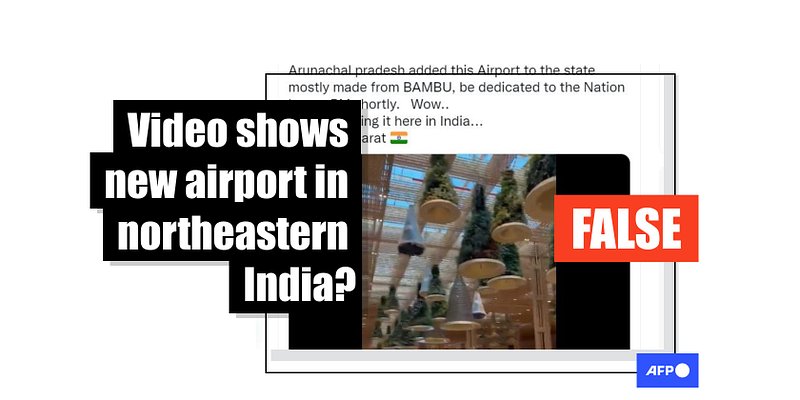 "Arunachal pradesh added this Airport to the state mostly made from BAMBU, Wow... Can't believe it... They are doing it here in India. Amazing Bharat," reads a tweet posted on November 9, 2022.

The tweet shared a 44-second video, which shows a large, modern airport terminal with decorations suspended from the ceiling.

It has been viewed more than 400 times since. 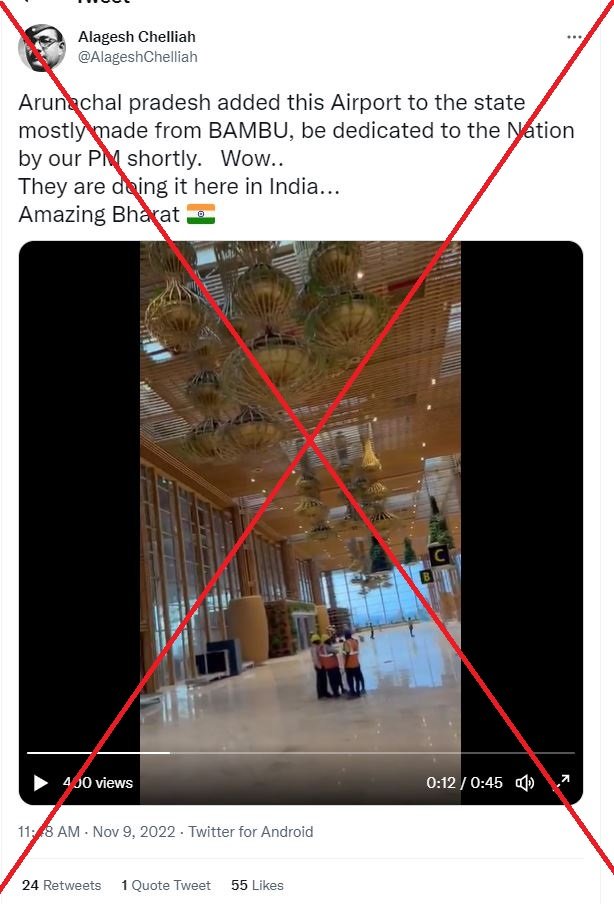 The clip has been viewed more than 800 times after it was posted in similar English posts on Facebook here and here, and on Twitter here and here.

It also circulated alongside a similar claim in Hindi.

A reverse image search and keyword search on Google found images that show similar ceiling decorations as those seen in the video were posted on Bengaluru airport's official Twitter account on November 16, 2022.

According to the Bengaluru airport's tweet, the pictures show the new Terminal 2, which Modi inaugurated on November 11, 2022.

The Terminal 2 (T2) is a dedication to the beautiful city of Bengaluru and will soon be open for you to go on a journey of surprises. We look forward to making your journey memorable through #BLRAirport. #T2atBLRAirportpic.twitter.com/xSrGHv7PgV

Bengaluru is the capital of Karnataka state, in southern India. 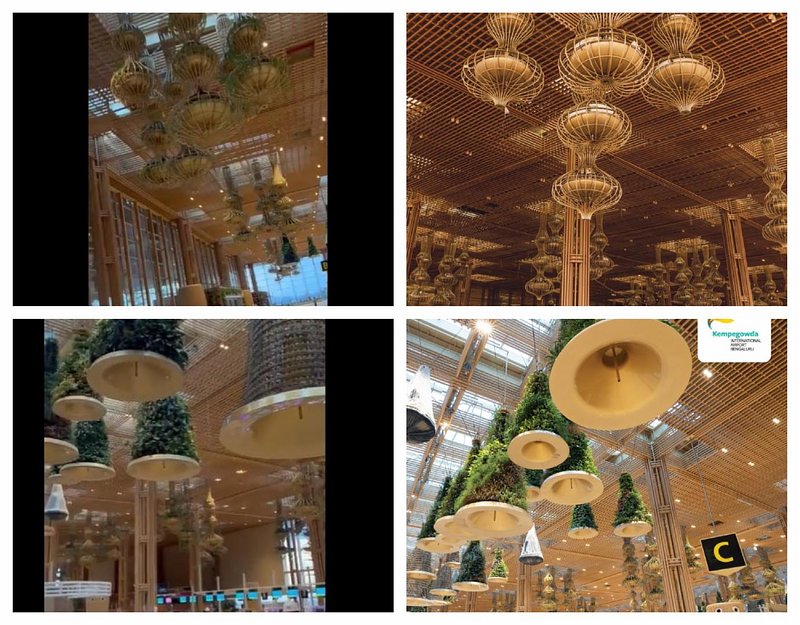 A representative for Bengaluru airport confirmed to AFP that the video circulating online was taken at the airport's newly opened Terminal 2.

The majority of the terminal's structure is crafted with bamboo, local media reported here and here.

Meanwhile, the Twitter account of the new airport in Itanagar, Arunachal Pradesh, shared images of the terminal building on October 19, 2022.

The art works designed on the walls in the Arrival and Departure halls of #Hollongi Airport #ArunachalPradesh#artwork#aviation#NortheastIndiapic.twitter.com/LCzDKaucxd