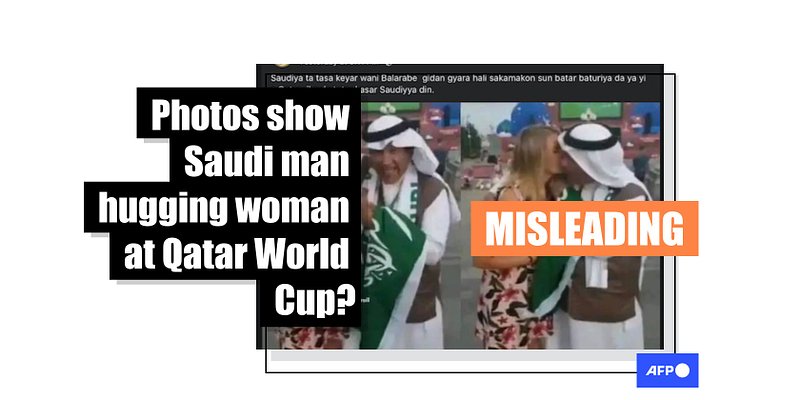 Saudi Arabian football had plenty to celebrate after their team’s shock victory against Argentina in the first group game of the FIFA World Cup in Qatar. A Facebook post in Nigeria claimed to show a Saudi fan hugging and kissing a woman after the match on November 22, 2022. But the claim is misleading: the pictures are screengrabs from a video filmed in 2018 at the World Cup in Russia.

“A Saudi Arabian man was sent to prison for kissing a white lady while holding the country’s flag,” reads a post published in Hausa on November 23, 2022, and translated into English. 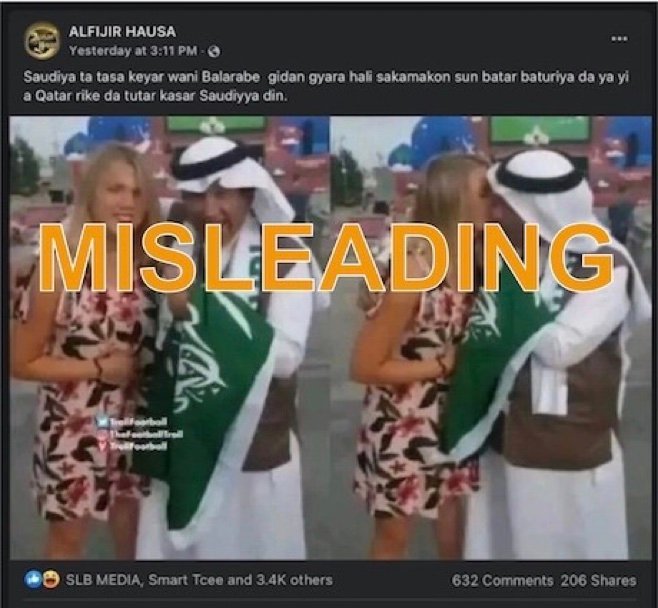 The post, shared more than 200 times, includes two pictures of a man wearing Arabic attire hugging and then kissing a woman while he is holding a Saudi flag.

The picture went viral on social media after it was published by a Twitter account called Troll Football following Argentina’s shock loss to Saudi Arabia on November 22, 2022. The account is known for promoting football-related memes and funny videos.

“Saudi’s winning on and off the pitch,” Troll Football tweeted.

Ranked a lowly 51st in the world ahead of the match, Saudi Arabia’s victory over the third-ranked Argentinians halted the South Americans’ run of 36 games without a loss.

The victory is regarded as one of the greatest upsets in World Cup history and was greeted in the Arab country with a declaration of a public holiday.

In Qatar, where the game was played, football fans of Arab origin celebrated on the streets of Doha.

But the claim that the photos show a Saudi fan embracing a woman after the historic victory is misleading.

According to the site, the photos show a Saudi man kissing and hugging a Russian woman after the Saudi football team defeated Egypt at the 2018 World Cup held in Russia. The match was played on June 25, 2018.

The article said the photos were screenshots from a video shared by a Twitter account. The link to the video, however, leads to a suspended account. 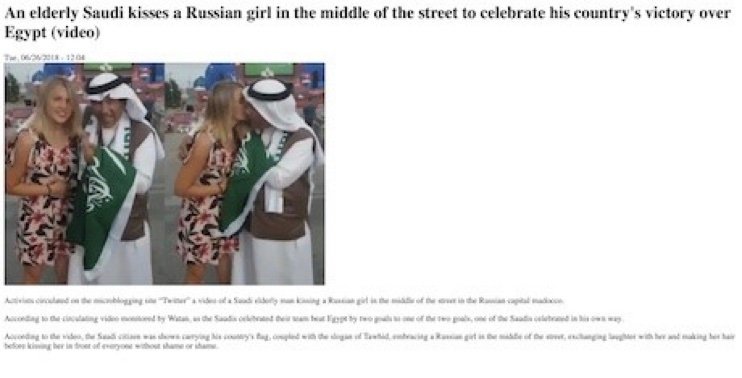 But a keyword search for "Saudi football fan arrested for kissing woman" took us to a Facebook account that published the footage on November 24, 2022.

The post misleadingly claimed the man in the clip was a Saudi fan comforting a German supporter after Germany lost to Japan in another upset in Qatar.

The background in the video features a body of water and a giant TV screen, with the stage designed in the style of Russian architecture. 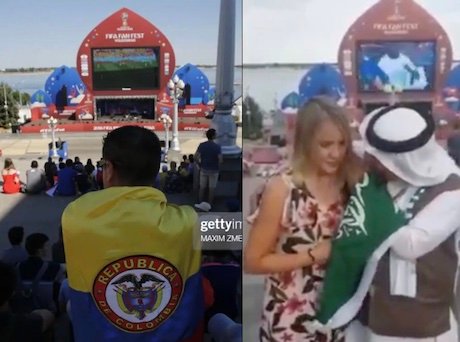 A Getty Images photo of the fan zone at Volgograd Arena, left, and the screenshot in the misleading claim ( AFP via Getty Image / MAXIM ZMEYEV)

A Getty Images photo taken on June 19, 2018, shows the same architectural features. The caption indicates that it was taken at the fan zone in the Volgograd Arena. 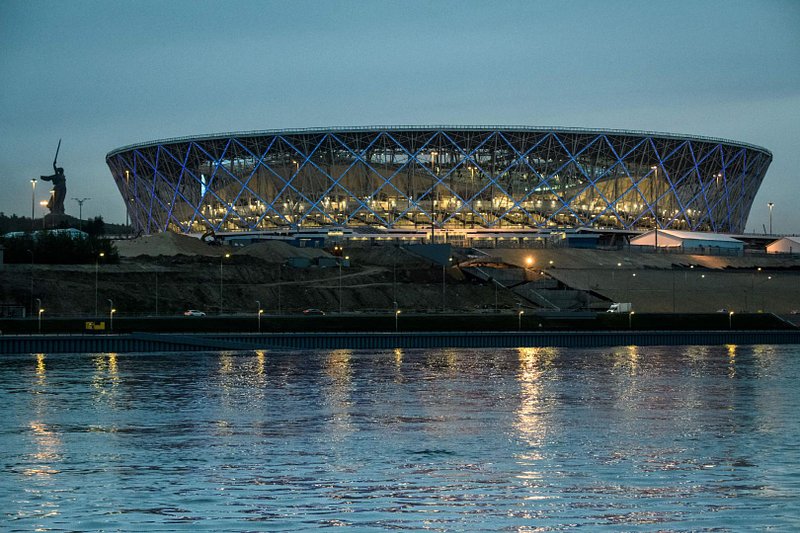 A photo taken on May 8, 2018 shows the Volgograd Arena stadium in Volgograd. ( AFP / Mladen ANTONOV)

Meanwhile, behind the man and woman, players can be seen warming up on the big screen. One of the teams is wearing a white jersey with a green collar and a green stripe on the sleeves, and the other is putting on a blue strip.

The Saudi team wore an all-green kit in the match against Egypt in the 2018 World Cup match and a green top over white shorts in the game against Argentina in Qatar.

However, the colour of the strips worn by the players in the video shown on the screen matched those worn by Japanese and Senegalese players in the group game played on June 24, 2018, a day before the Saudi Arabia-Egypt face-off.

The win against Egypt in 2018 marked the first time the Saudis were victorious in a World Cup since 1994. It was, however, not enough to earn the team qualification for the round of 16.