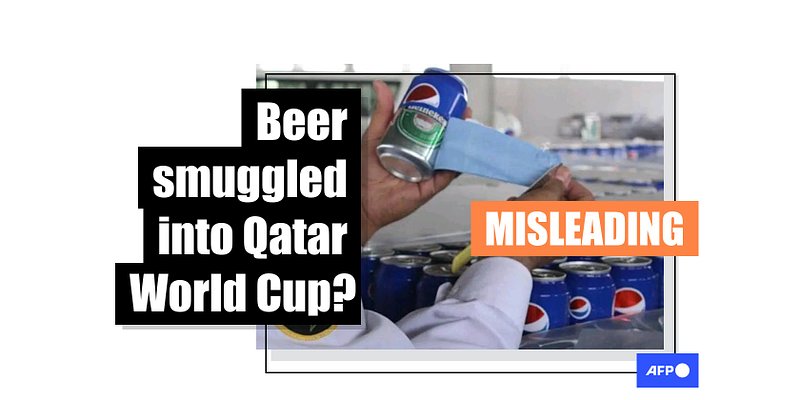 A photo of an official examining a can of beer disguised as a soft drink has been misleadingly shared in social media posts that claim it shows how football fans are sneaking alcohol into stadiums at the Qatar World Cup. The photo in fact shows a smuggling attempt detected by customs officers in Saudi Arabia in November 2015.

The photo shows an official peeling a Pepsi label from a can of drink to reveal a label for Heineken beer underneath.

"After the 2022 FIFA World Cup banned the consumption of alcohol, fans brought alcohol into the stadium like this," reads a Sinhala-language Facebook post that shared the photo on a page with more than 8,000 followers.

The post was shared on November 21, as the World Cup kicked off in Qatar.

Football's governing body FIFA and Qatar announced a ban on beer sales around eight World Cup stadiums in a U-turn just two days before the start of the tournament, which came after beer tents had already been set up at stadiums ahead of the first game.

FIFA said the decision was made after discussions with authorities in the host country, an Islamic state which severely restricts alcohol consumption.

Qatar's tourism website said that football fans could buy alcohol at "designated FIFA fan zones and certain areas in stadiums", as well as bars in hotels and private clubs -- but that drinking anywhere else or being drunk in public was an offence. 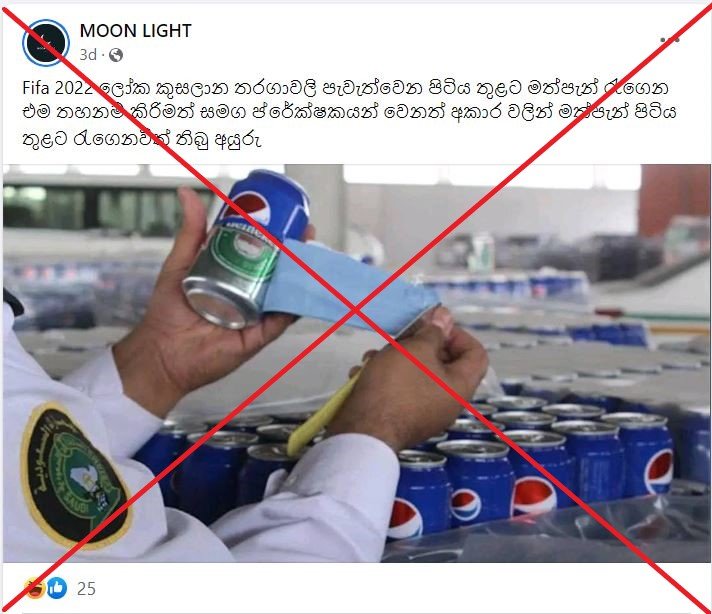 Similar Facebook posts circulated around the world, including Sri Lanka here and here and Nigeria here.

Some social media users appeared to believe the photo was genuinely taken at the Qatar World Cup.

"Good for them for going against these silly rules," read one Sinhala-language comment. "This is a sports event, not a religious gathering."

Another user wrote: "Shame on FIFA for agreeing to these dumb rules. Too bad they didn't manage to pull this off and sneak it inside."

While some fans have reportedly been swapping tips on how to sneak liquor into Qatar, the posts circulating online are misleading.

A reverse image search found the photo in a newspaper report about a beer smuggling operation busted in Saudi Arabia in 2015.

"Heineken beer cans disguised as cans of Pepsi smuggled into Saudi Arabia," reads the headline of the article from November 13, 2015 published in Canadian newspaper the Toronto Star and credited to the AP news agency.

The report says that Saudi customs officials intercepted 48,000 cans of beer moving through the al-Batha border crossing with the United Arab Emirates. 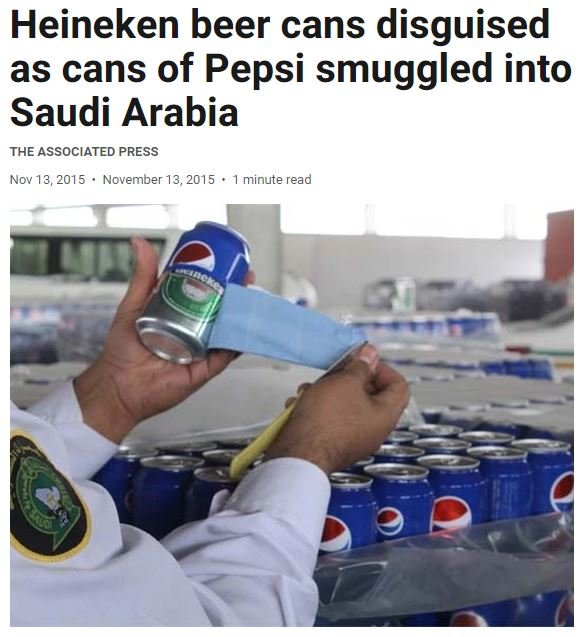 The same photo was published in articles by Dubai-based news outlet Al Arabiya and The Washington Post on November 12, 2015.

The Saudi government also published an article about the beer seizure, which features the same photo. The article's publication date, which is written in the format of the Muslim lunar calendar, corresponds to November 11, 2015.

A closer look at the photo shows that the customs officer's sleeve features a logo which reads 'Saudi customs'.

Below is a comparison of the logo in the photo shared on social media (left) and the old logo of the Saudi customs agency (right) -- which shows the same logo with a transparent background.

The logo is also used in a notice posted on the website of French logistics company CMA CGM from August 2017.

AFP has debunked a string of false claims around the World Cup in Qatar, including here, here and here.