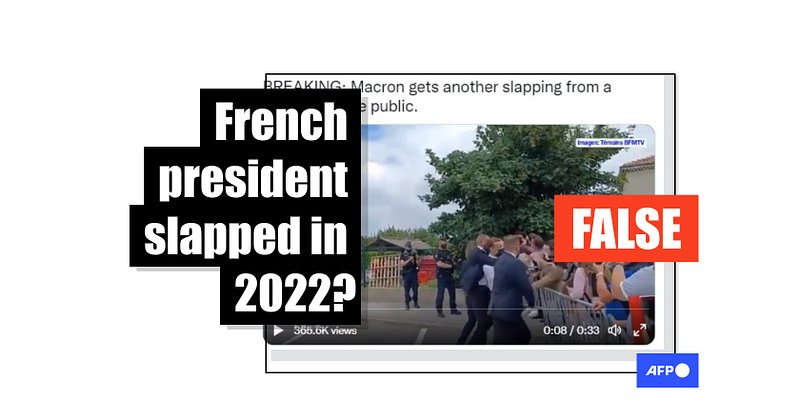 Videos show a man slapping French President Emmanuel Macron in 2021, but social media posts falsely claim they were shot in November 2022. The incident took place in June 2021 during a visit to southeastern France ahead of the presidential elections.

"BREAKING: Macron gets another slapping from a member of the public," says a November 20, 2022 tweet with thousands of interactions.

Other posts show the slap from a different angle, and circulated with captions in Spanish, Croatian, Polish and Greek on Facebook, all suggesting that the incident was recent. 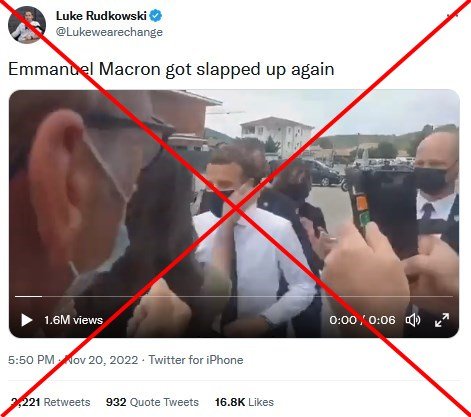 But the videos shared on social media were not shot in 2022.

A search of AFP's reporting shows French President Emmanuel Macron was slapped in the face by a man on June 8, 2021 during a visit to a small town in southeastern France less than a year before the presidential polls.

Macron was greeting the public waiting for him behind barriers in the town of Tain-l'Hermitage when a man yelled: "Montjoie! Saint-Denis! A bas la macronie," -- a royalist slogan mixed with a critique of the French president's politics -- before slapping the president and being subsequently taken down by his bodyguards.

AFP also confirmed that although the videos have been shot from different angles, they depict the same June event.

The first one includes a watermark from French TV network BFMTV and can be found on its official YouTube channel dated June 8, 2021. In it, the man who slaps the president wears an olive green t-shirt and white face mask. 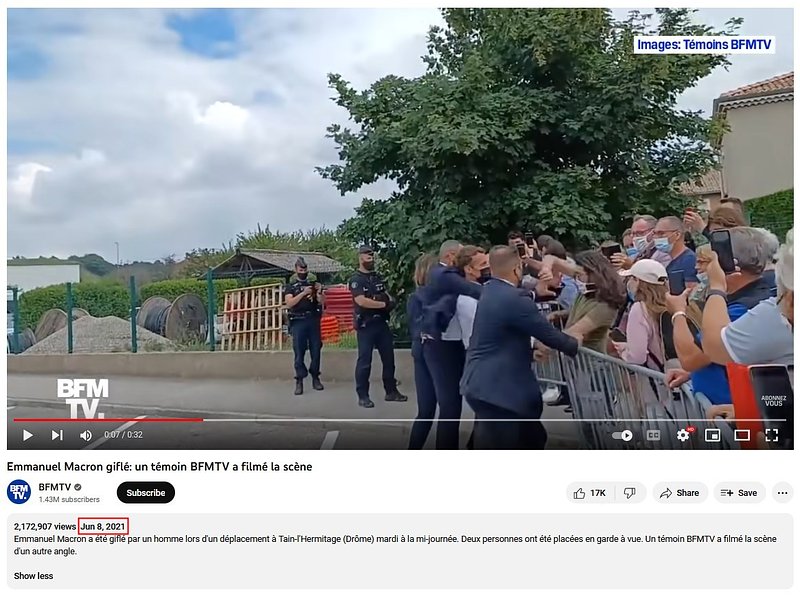 The second was shot in front of the French president. The shoulder, arm and long hair of the man in the t-shirt can be seen. A black car and motorcycle rider in the background are also visible at the beginning of the BFMTV clip.

A third video was shot from the opposite side of the BFMTV footage and broadcast by outlets including NBC News in June 2021. The man's hair, shirt and mask match the other footage. 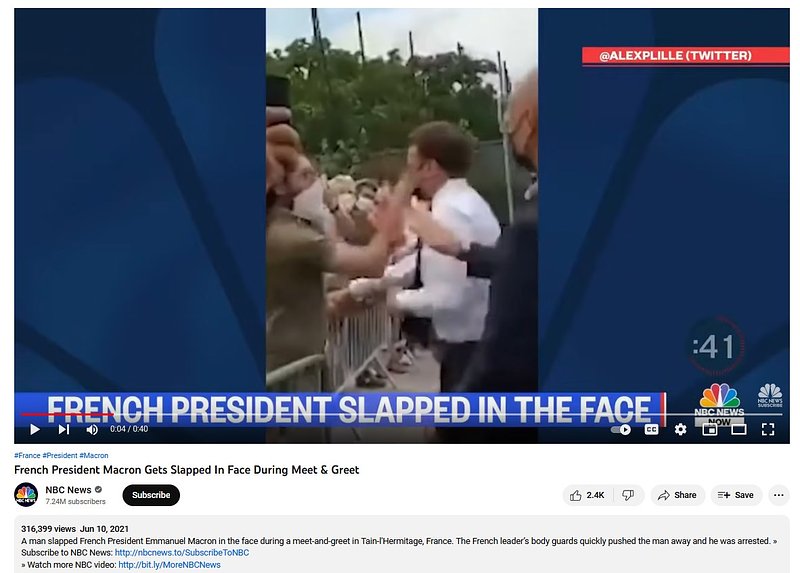 Screenshot taken on November 22, 2022 of the YouTube page of NBC News

No mention of the recent occurrence of a similar slap -- which made international headlines at the time -- can be found from reputable sources online.

On June 10, Damien Tarel, 28, was handed a prison term of 18 months, 14 of which were suspended, after admitting to the slap and waiving his right to a full trial.

Tarel's reasons for the slap were the subject of another false claim debunked by AFP Fact Check.