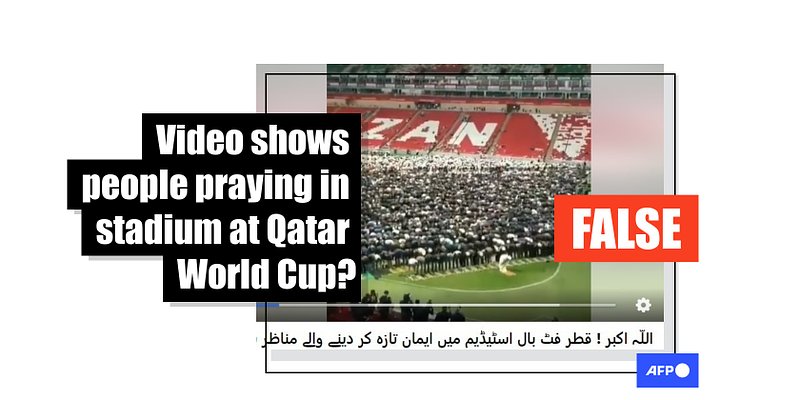 A video has been viewed more than one million times in social media posts that falsely claim it shows people praying in a stadium during the Qatar World Cup. In fact, the video has circulated online since 2019 and shows Muslims offering iftar prayers at an arena in Russia's Kazan city.

The video was shared here on Twitter by Pakistani politician Chaudhry Mohammad Sarwar on November 21, 2022.

"#FIFAWorldCup2022 is a fantastic opportunity to showcase to world, importance of peace & compassion in #Islam. #Qatar is doing a great job, highlighting diversity & culture of Islamic states."

The video, which shows a crowd performing Islamic prayers in a stadium, has been viewed more than 29,000 times. 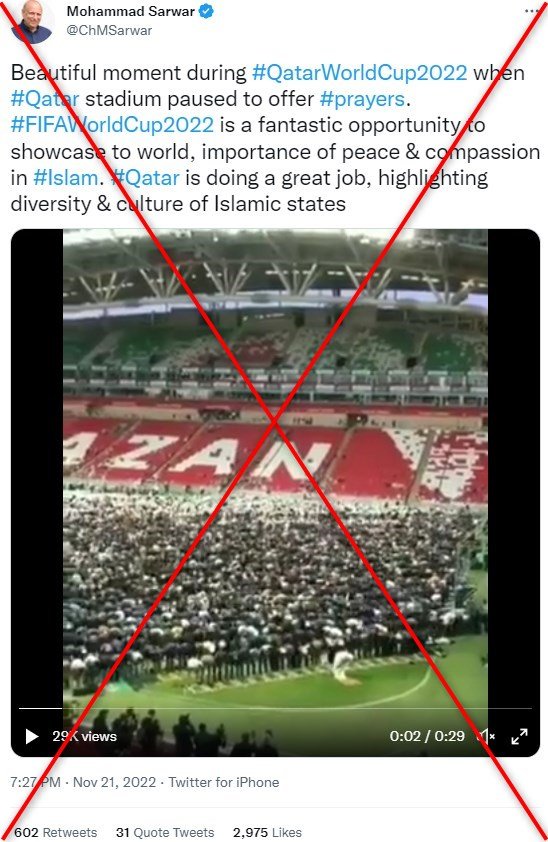 Qatar is the first Arab nation to host a World Cup. But the country has come under the most intense fire over its human rights record -- ranging from the deaths and wages of migrant workers to women's rights and LGBTQ rights, AFP reported.

It was also shared here on Facebook with a similar caption by Chaudhry Abid Raza, a lawmaker from Pakistan's ruling coalition, where it was viewed more than one million times.

However, the video was not taken during the Qatar World Cup.

A reverse image and keyword search found the same video with a wider angle posted here on YouTube on June 16, 2019.

It was shared in similar social media posts in June 2019 here and here.

Below is a screenshot comparison of the video in the false posts (left) with the one from 2019 (right): 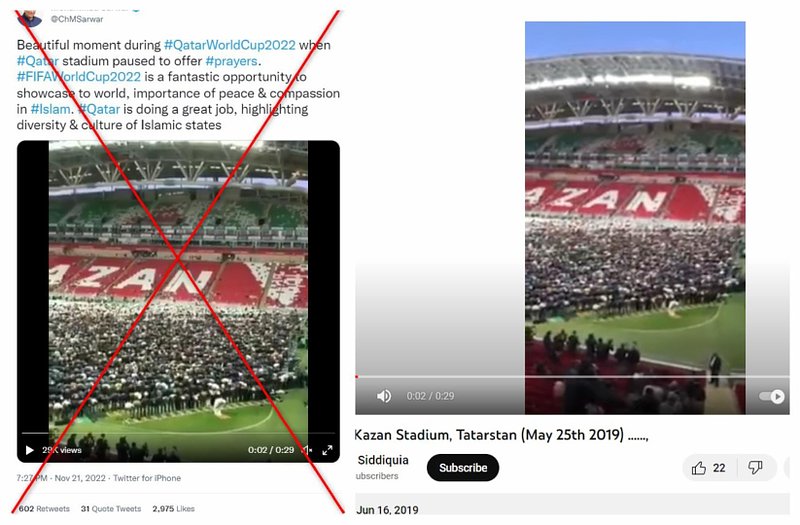 Screenshot comparison of the video in the false posts (left) and the one from 2019 (right). ( AFP)

Footage from the video corresponds to Russia's Ak Bars Arena -- formerly known as Kazan Arena -- located in the Republic of Tatarstan's capital Kazan.

According to a statement from the office of the President of the Republic of Tatarstan published on May 25, 2019, the video showed officials at an iftar prayer, which marks the end of a day's fasting during Islam's month of Ramadan.

"Our prayers, appeals to Allah are about ensuring peace and harmony in Russia, so that our country to be stronger (sic) and our republic flourished," president Rustam Minnikhanov is quoted to have said.

The statement also contains a video with scenes similar to the ones seen in the false posts.

Ak Bars Arena also posted photos of the event on its website at the time.

Below is a screenshot comparison of scenes in the false posts (left) with the video from the president's office (right): 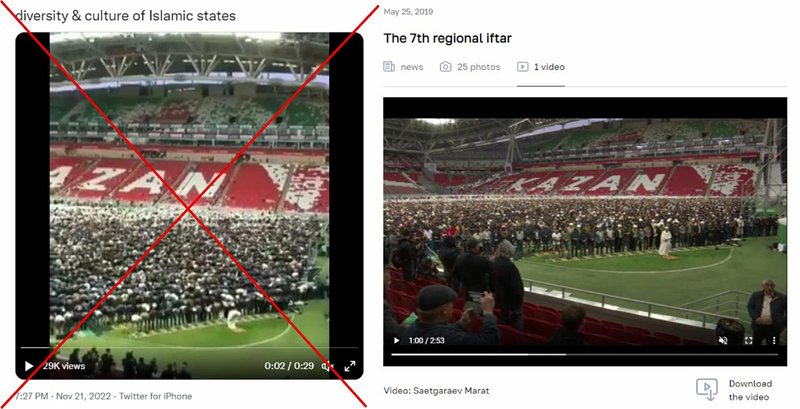 Screenshot comparison of scenes in the false posts (left) with the video from the president&#039;s office (right). ( AFP)