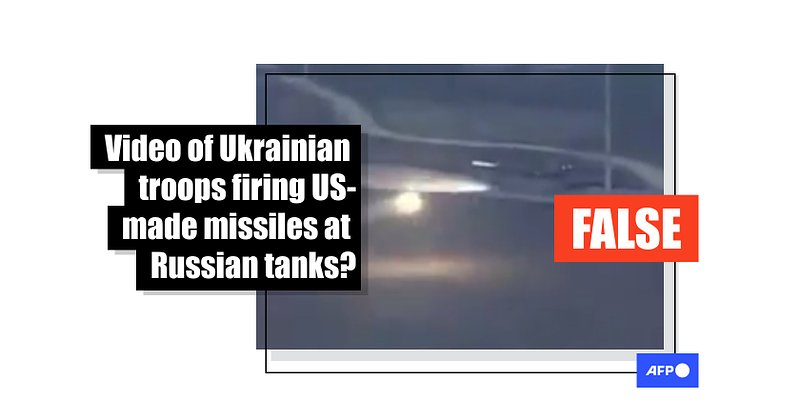 A video viewed tens of thousands of times on social media has been falsely shared as showing Ukrainian troops attacking Russian tanks with US-made Javelin anti-tank missiles. While the missiles are among armaments sent by the United States and Western countries to Ukraine after Russia's invasion in February 2022, the clip in fact shows footage from the video game ARMA 3.

"Ukraine is hunting Russian tanks with American FGM - 148 Javelin missiles. Have to see to believe it," reads the caption of a video shared on Facebook here on October 27, 2022.

The video appears to contain three clips that show columns of armoured vehicles moving along country roads before they are hit by what appear to be missiles.

The clip was shared along with the false claim in similar posts on Facebook and on Twitter here and here, receiving over 24,000 views.

The United States and Western countries have provided Ukraine with billions of dollars of military aid and thousands of anti-tank weapons --including hundreds of Javelin launchers -- since Moscow launched its invasion on February 24, 2022.

The video circulated as Ukraine mounted a counter-offensive in the country's south in mid-October.

The video, however, is in fact footage from the video game called ARMA 3 and does not show actual combat in Ukraine.

A reverse image search led to a longer and higher-quality version of the video uploaded to YouTube here on July 20, 2022 by the channel MILMAN.

The clips used in the misleading post can be seen from the 2:12 mark.

The YouTube video's description reads in part: "This video was created with ARMA, it is not completely representative of reality, it is just a simulation of real news. Bohemia allows to make YouTube videos from their game and monetize it. Creating one video take me about 4 - 8 hours, including editing in Adobe Premiere Pro."

Below are screenshot comparisons of the video used in the false posts (left) and clips from the YouTube channel (right): 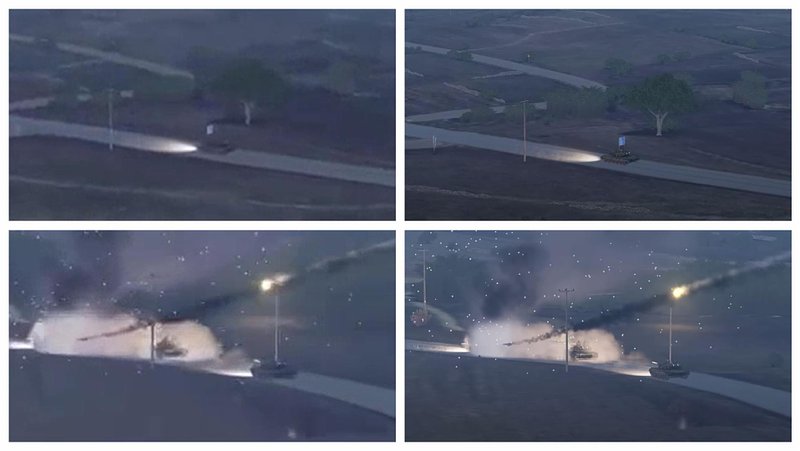