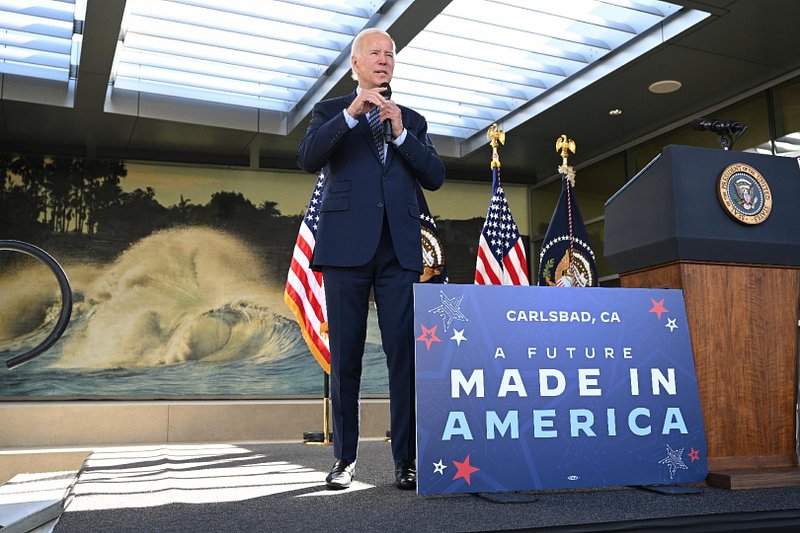 Social media users are sharing a clip in which US President Joe Biden says: "There is no climate problem." But the posts are missing context; a transcript of Biden's full remarks indicates he was being sarcastic, and that he made serious comments on climate change.

In the video shared in the post, radio host Steve Gruber says Biden "had a Freudian slip and admitted there is no climate emergency going on at all."

The 21-second clip of Biden shows an extract from a speech he gave November 4, 2022 at the headquarters of communications company Viasat in the US state of California.

"I know you all know there's no climate problem. I know you know that," Biden says in the video, drawing laughter from the audience. "That's why I spent a lot of time in Arizona, New Mexico and California, all through -- flew up and down this state with your governor and those wildfires. I know they just happen."

However, a White House transcript of the speech indicates the clip omits a comment that immediately preceded the quote shared online: "We're making the biggest investment ever to deal with the climate crisis."

Immediately after the remarks shown in the video, Biden added: "Come on. We finally got to the point where no one is denying that we have a climate problem."

Biden in August signed the Inflation Reduction Act, a bill that channels $369 billion for green initiatives. His speech in California came four days before the US midterm elections, in which Democrats held on to their Senate majority in a boost for the president.

Three days after Election Day, on November 11, Biden addressed the COP27 United Nations climate summit in Egypt. He told the gathering his bill would "shift the paradigm" for the world.

"The climate crisis is about human security, economic security, environmental security, national security and the very life of the planet," Biden said.

The UN Intergovernmental Panel on Climate Change said in its 2021 report: "It is unequivocal that human influence has warmed the atmosphere, ocean and land," warning that carbon emissions must be cut to avoid the worst impacts.

AFP has fact-checked other false and misleading claims about climate change here.