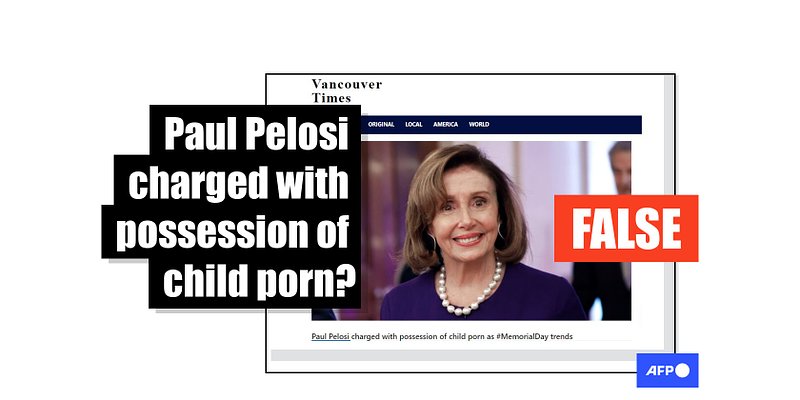 Paul Pelosi was arrested for driving under the influence in May 2022, but a website claims the husband of US House Speaker Nancy Pelosi was also charged with possession of child pornography. This is false; officials in the state of California told AFP he has not been accused of such an offense.

The piece has been shared thousands of times on Facebook since it was published, according to the social media monitoring tool CrowdTangle. 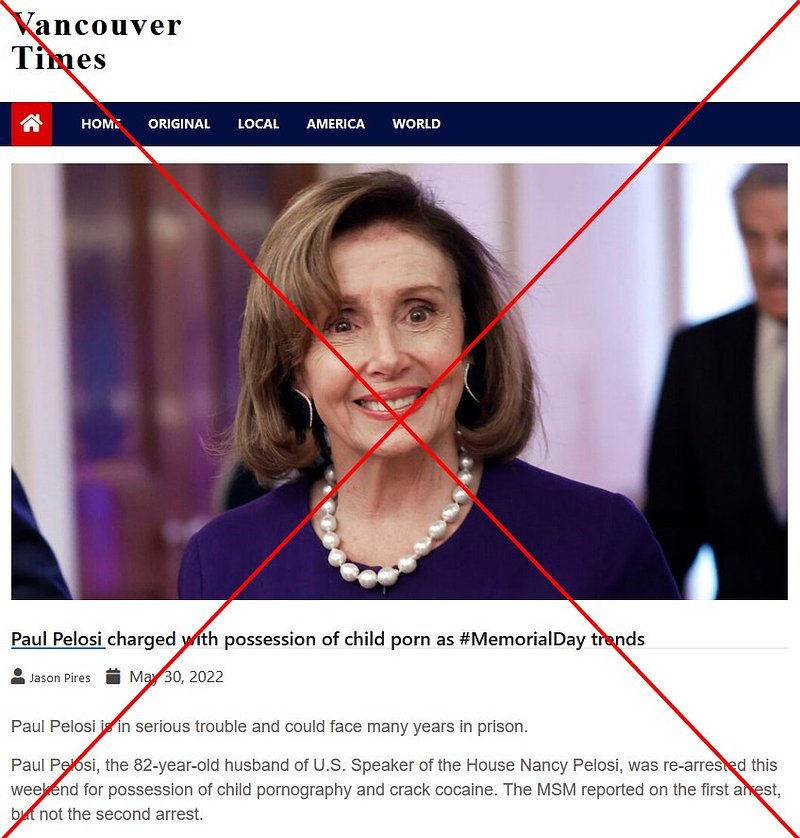 The claim resurfaced following an October 28, 2022 attack on Paul Pelosi, an 82-year-old investment banker, at his San Francisco home. The altercation left him bloodied and unconscious.

The break-in at the speaker's home generated a slew of conspiracy theories online. They follow years of claims vilifying Nancy Pelosi, including some that have been debunked by AFP.

On May 28, Paul Pelosi was arrested following a car collision. A criminal complaint filed in June charged him with "Driving Under the Influence of Alcohol Causing Injury."

There is no evidence that Pelosi subsequently faced other charges -- and claims that he was accused of possessing child pornography are false.

Fran Clader, director of communications at the California Highway Patrol (CHP), told AFP in June 2022 that authorities "arrested Paul Pelosi on suspicion of driving under the influence of alcohol on May 28 after responding to a report of a crash involving him in Napa."

An August 23 press release from the Napa County District Attorney's Office said: "Mr Pelosi pled guilty to the charge of Driving Under the Influence of Alcohol Causing Injury." He was sentenced to five days in jail and three years of probation.

The Vancouver Times presents itself as "the most trusted source for satire on the West Coast."

An archived version of the article, captured on May 30, 2022, does not include a disclaimer that the content is made-up. However, by June 3, the piece had been updated with a note at the bottom saying: "This is a satire article."

AFP has previously debunked several false claims of high-profile arrests promoted by the Vancouver Times under the guise of "satire."