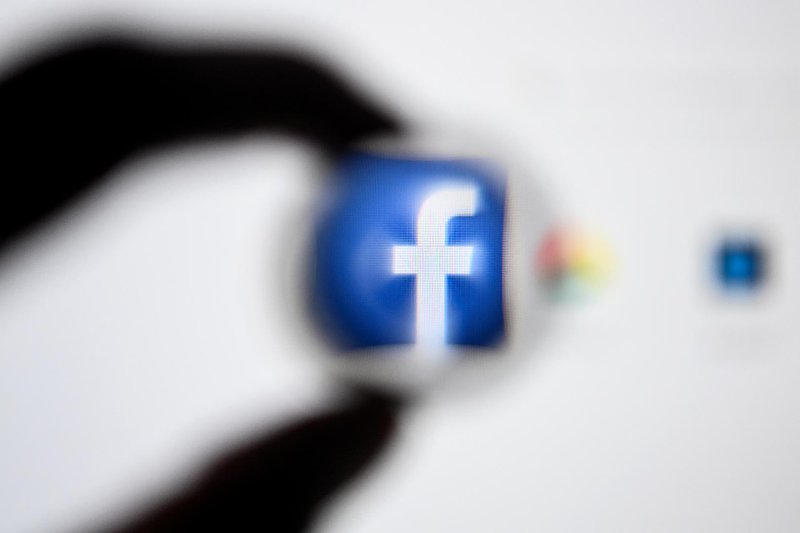 Posts shared repeatedly on social media falsely claim "vaginal steaming" can treat blocked fallopian tubes, suggesting women suffering from the condition should sit on top of a bowl of steaming water infused with herbs. Multiple doctors told AFP the practice does not work because, they say, fallopian tube blockages should generally be treated with surgery. They also warned women from attempting the technique outlined in the false posts, saying it could lead to burns and infections.

The false claim was shared alongside an illustration of a woman sitting on a steaming bucket filled with herbs here on Facebook on October 28.

The Tagalog-language post claims blockages in the fallopian tubes -- which connect the ovaries to the uterus -- could be cleared through "vaginal steaming".

"THIS IS THE SOLUTION! AFGHANICA ROOTS FOR VAGINAL STEAMING OR SUOB IN TAGALOG!" reads a portion of the post. 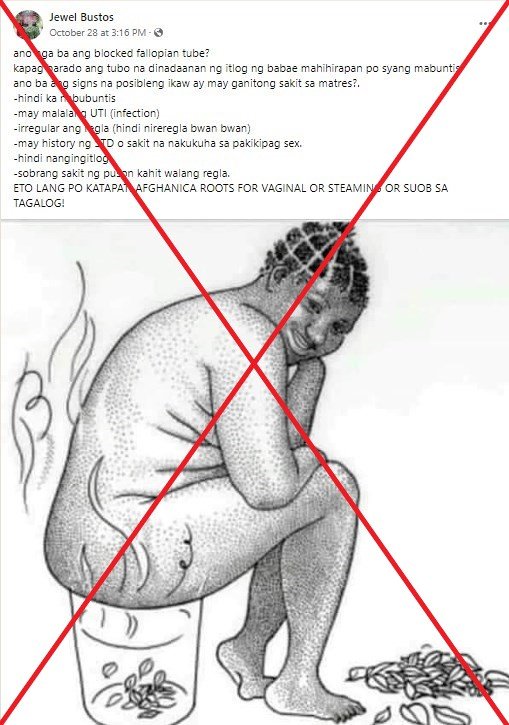 It is unclear from the post -- as well as similar posts shared on Facebook here and here -- what is meant by "afghanica roots".

Some social media users, however, expressed interest in purchasing "afghanica roots" in comments on the posts.

"How much is that?" one wrote.

"I want to order this. How?" another commented.

Fallopian tubes can become blocked due to infections or other reproductive system conditions, such as endometriosis, fibroids or a past ectopic pregnancy.

Left untreated, these can have serious consequences including infertility.

But multiple experts told AFP vaginal steaming does not treat the condition -- and warned against the dangers of the purported remedy.

Responding to the posts, Dr Marianne Austria, an obstetrician-gynecologist from St. Clare's Medical Center, told AFP they were "not scientifically sound".

"Medically speaking, the treatment for blocked fallopian tubes is surgery," she said. "You really have to operate or recanalise them."

Dr Junice Melgar, who runs a non-profit reproductive clinic in Manila and is a women's health advocate, told AFP that doctors do not recommend vaginal steaming for any condition as it can cause serious harm.

"There are dangers of a woman getting burnt or scalded and getting an infection, among others," she said. "It is a practice that medical practitioners discourage."

"There is no scientific evidence of any objective advantage from the practice of vaginal steaming and using this afghanica (plant)."

The Harvard University Medical School published an article about the practice in 2017 and concluded that "there is no scientific evidence to support vaginal steaming, in which a woman sits over a bowl of steaming herb-infused water".

Experts from the University of British Columbia and the University of Guelph wrote in this 2020 academic paper that vaginal steaming can "pose harm to women's health", citing a case in which a 62-year-old woman sustained second-degree burns from the practice.