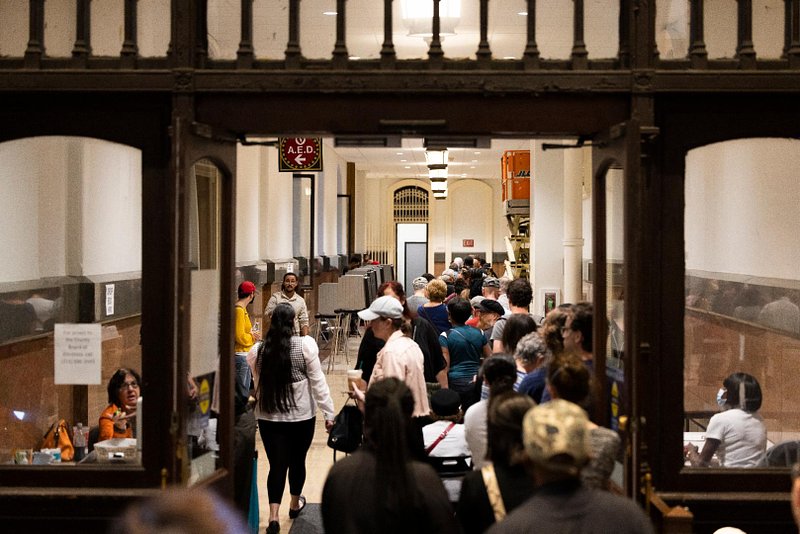 Social media posts claim a court ruling in the US state of Pennsylvania allows the counting of mail-in ballots received by November 14, 2022. This is false; the Pennsylvania Department of State says there was no such ruling, and its website indicates the return deadline for absentee votes cast in the midterm elections was 8 pm on November 8.

“This just in: Pennsylvania judge allows ballots to count that are received up until November 14th. This is unconstitutional, ” says a November 9, 2022 Instagram post sharing a screenshot of a tweet.

The screenshot has circulated across Instagram and other social media platforms, such as Twitter. The now-deleted tweet pictured in the posts was published by Kyle Becker, a conservative commentator who built a following by spreading unfounded allegations of fraud in the 2020 US presidential election. 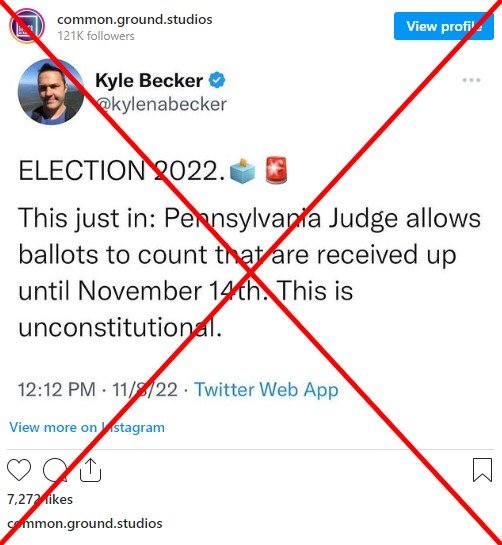 The claim comes amid a flood of misinformation about absentee ballots cast in battleground states during the midterms. Some of the falsehoods targeted Pennsylvania, where Democratic US Senate candidate John Fetterman edged out Republican Mehmet Oz on November 9.

Claims that a judge ruled to extend the deadline for mail-in ballots until November 14 are false, according to a spokeswoman for the Pennsylvania Department of State.

"This is not true and is disinformation," Ellen Lyon told AFP.

The Pennsylvania Department of State's online voter guide says: "November 8, 2022 at 8 pm -- VOTED BALLOTS must be RECEIVED by your county election office -- postmarks are not enough."

One exception is military and overseas voters, whose ballots have until 5 pm on November 15 to arrive. That is not a new policy.

The false claims online may have been fanned in part by election-related rulings in Pennsylvania and Georgia, another state that will decide which political party controls Congress.

The Philadelphia City Commissioners voted November 8 to "reinstate poll book reconciliation," a process for catching duplicate votes that is expected to delay processing mail-in ballots. The move came in response to a lawsuit filed by Restoring Integrity and Trust in Elections, a Republican-backed activist group.

Also on Election Day, a judge extended in-person voting hours in Luzerne County, Pennsylvania after a paper shortage caused delays. And on November 5, a court ruling barred the counting of votes with missing or incorrect dates.

One Twitter user admitted on November 8 that they had confused the Pennsylvania rulings with an extended deadline for absentee ballots in Cobb County, Georgia.

Ok folks. Looks like I either heard it wrong or the news reported it wrong. It was Georgia not Pennsylvania. pic.twitter.com/61Q7CMN0M2

Due to "administrative errors," the Cobb County Board of Elections and Registration "failed to timely send absentee ballots to approximately 1,036 voters whose absentee ballot applications had erroneously been marked as issued" in mid-October, according to court documents.

On November 7, a ruling extended the ballot receipt deadline for all affected voters to November 14.

A Cobb County spokeswoman told AFP this was an isolated incident, affecting a few hundred voters.

David Gans, director of the Human Rights, Civil Rights and Citizenship Program at the progressive Constitutional Accountability Center, said: "There is nothing unconstitutional about state court orders that protect the right to vote in federal elections."