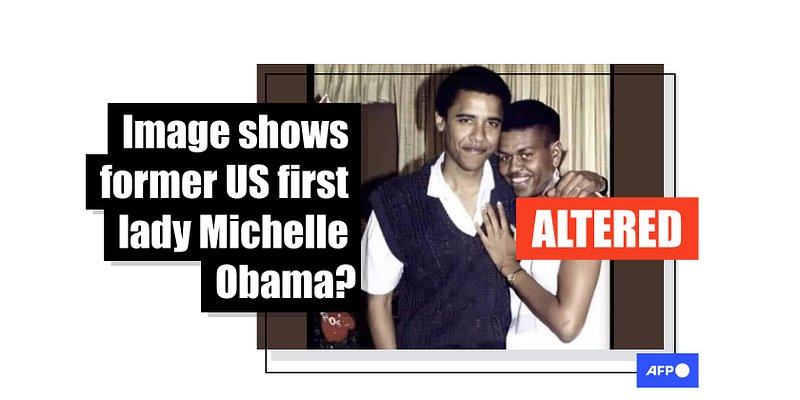 A widely shared photo purports to show Michelle Obama sporting a mustache while posing with her husband, former US president Barack Obama. But the image has been digitally manipulated to alter the former first lady's appearance.

The image made the rounds on Facebook after the Obamas celebrated their 30th wedding anniversary. The posts are the latest misinformation to target Michelle Obama's gender and sexuality. 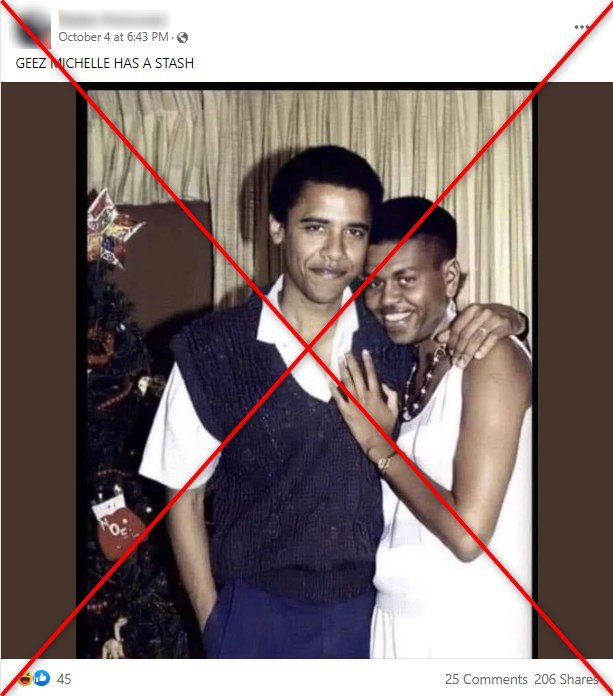 But the image has been digitally altered, reverse image searches revealed.

The real photo, which shows the Obamas posing in front of a Christmas tree, was one of many pictures featured on the former president's 2008 campaign website. In 2014, Michelle Obama shared the image on Twitter and Instagram.

Journalist Peter Slevin included the picture in his biography "Michelle Obama: A Life." The caption says it shows Michelle Obama visiting Barack Obama's family in Hawaii in 1989 -- the year they met and went on their first date.

Slevin, a professor at Northwestern University, told AFP he got the picture from Obama's 2008 campaign and saved it to his computer with a file name indicating it shows Michelle Obama in Hawaii in 1989. Several websites and news organizations, including CNN, have captioned the image similarly.

Historian David Garrow, author of the biography "Rising Star: The Making of Barack Obama," confirmed that Michelle Obama first visited the former president's family in December 1989. Garrow said he has "zero doubt" the photo was taken at the Honolulu, Hawaii apartment of Barack Obama's maternal grandparents, where he spent part of his upbringing.

AFP reached out to representatives of Barack and Michelle Obama for comment, but no responses were forthcoming.