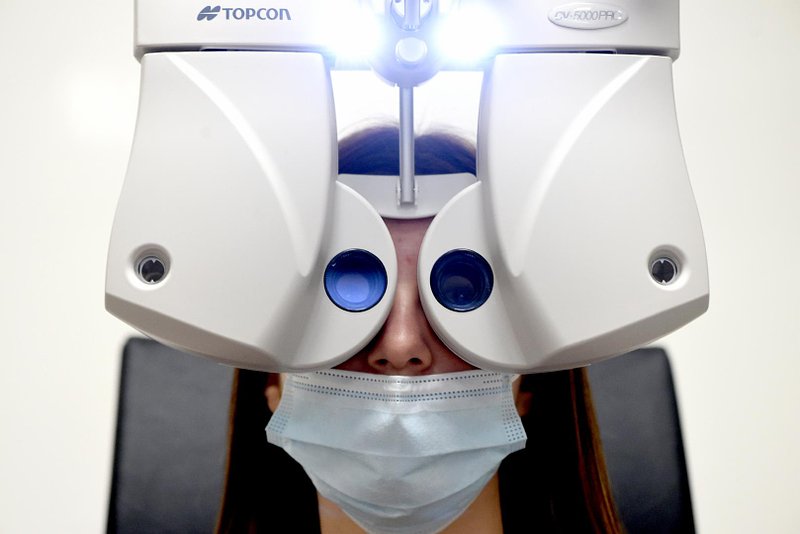 Facebook posts claim a dietary supplement can restore vision for people with failing eyesight and serious eye diseases, suggesting the product was derived from research on zebrafish. This is false; no human trials have been conducted, researchers said the zebrafish studies were not related to a specific product, and specialists in ophthalmology say such conditions cannot be reversed with a pill.

A September 29 Facebook post included a video with text that said: "An award-winning doctor reveals an astonishing natural way to reclaim the 20/20 vision you were born with in record time."

This and similar posts on Facebook included images of a zebrafish, suggesting the product came from basic research on potential treatments for eye diseases and conditions, sponsored by the US National Institutes of Health (NIH).

They link to a video describing the supplements being sold with "15 natural, science-backed vision-rejuvenating ingredients" including spirulina, blueberry extract and lutein, and claim the product called VisiFree can restore poor vision, eliminate the need for corrective lenses, and reverse glaucoma, age-related macular degeneration, cataracts and diabetic retinopathy by stimulating stem cell growth. 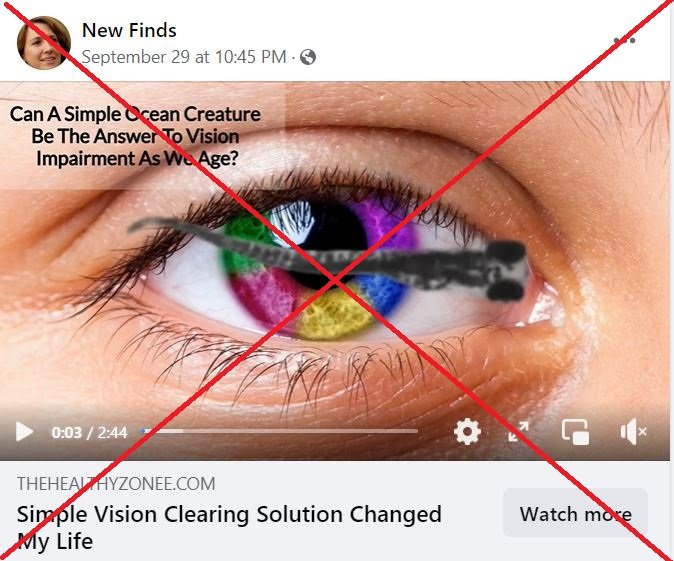 But the posts make false claims about the product's ability to reverse serious eye diseases, and misleadingly suggest the supplements are associated with zebrafish research, said scientists involved in the studies and ophthalmological experts.

The research on zebrafish is part of the Audacious Goals Initiative of the National Eye Institute (NEI), part of NIH, which aims to lay the groundwork for long-term development of potential therapies on ocular diseases.

The zebrafish research has not led to any human clinical trials that could produce a drug for ocular diseases, according to Emily Chew, an ophthalmologist and director of epidemiology and clinical applications at the National Eye Institute.

"We don't know how these will work out, the ultimate test is for clinical trials on humans," Chew told AFP. "This is not a short-term thing."

Jeffrey Mumm, a professor of ophthalmology at Johns Hopkins University, who led one of the zebrafish projects, said he was not familiar with VisiFree in any of these studies.

"We do perform drug discovery screens but have never included anything called VisiFree in that work," Mumm said.

James Patton, a Vanderbilt University scientist who has also led NEI-funded zebrafish studies, said the research remains far from development of any endogenous regeneration therapy that could revive damaged eyes.

"It is true that zebrafish are capable of regenerating the retina when it is damaged" by activating stem cells, Patton told AFP.

"But in mice and in humans, those stem cells have not been able to be coaxed into doing what they do in the fish," Patton added. "We are trying to figure out the pathways and mechanisms that control that."

No studies are under way on humans in this field, according to Patton, and to move in that direction, "you'd have to do careful and rigorous control experiments to see if (the ingredients) are safe and if they are doing what they claim."

Chew said research has produced one supplement which can slow the progress -- but not reverse -- macular degeneration.

"There are very effective therapies" for the ocular diseases cited in the social media posts.

"The key is to catch them early, because at the end stage it becomes very difficult. This is the reason people should have an eye exam, these are all very treatable."